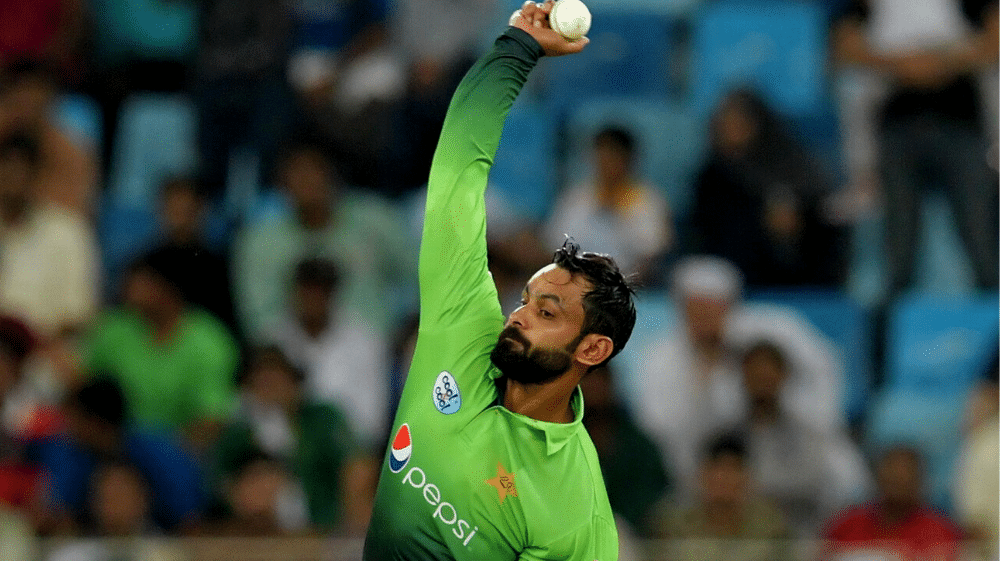 Mohammad Hafeez proved his worth with the bat yet again in the recently concluded Pakistan tour of England. Hafeez scored 155 runs, including two half-centuries at a strike rate of 176.13 as Pakistan drew the T20I series 1-1.

Although he proved his critics wrong, Hafeez believes that he could have been handy with the ball as well. The 39-year-old all-rounder has 54 wickets to his name in T20 internationals at an economy rate of 6.58. In the past, Hafeez has faced troubles with the legality of his bowling action throughout his career, but he is currently fit to bowl in international cricket.

While talking to the wicket-keeper batsman, Kamran Akmal, on his YouTube channel, Hafeez said “I am allowed to bowl in international cricket for the past one year as I cleared my bowling action test after it was declared illegal in an English county cricket match.”

He added that Babar Azam did not use his services with the ball.

I also bowled in this year’s Pakistan Super League as well. I was also available to bowl on this tour, but it was the captain’s choice to not use me. If I was not in the captain’s plan, it does not mean that he is unaware of my ability as a bowler. In future, if given an opportunity, I am available to deliver as a bowler.”

Mohammad Hafeez is in the form of his life with the bat in the shortest format of the game and could still prove to be a handful with his off-spin bowling.