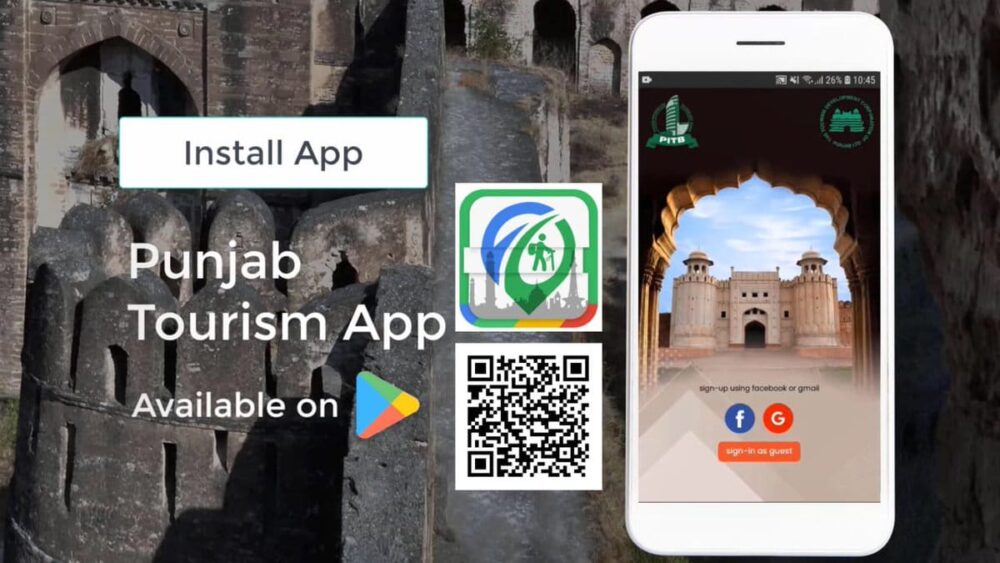 Nearly a year after KPK got its own tourism app, Punjab is finally getting one as well, according to Chief Minister Punjab Usman Buzdar. The Mobile app was officially launched for Android during World Tourism Day.

The Cheif Minister said that the Punjab tourism app contains more than 511 tourism spots and several other details such as routes, hotels, and facilities provided by the Tourism Development Corporation of Punjab (TDCP). He also announced the Department of Tourist Services (DTS) app alongside the Punjab tourism app while chairing the session. Other than finding tourist spots and facilities, tourists can also make online registrations. The Chief Minister then directed local authorities to add the facility for online payments in the apps soon. He added that more than 179 rest houses have been opened throughout Punjab for tourists as well as citizens and more facilities are being added by local authorities as part of a comprehensive policy. He said that this new policy will transform the tourism industry in the country, adding that it plays an important role in the socio-economic development of a society and is one of the best sources to generate income for locals. Buzdar said that Pakistan’s beautiful tourist spots always attract tourists and it’s one of the government’s priorities to provide them with the best facilities.