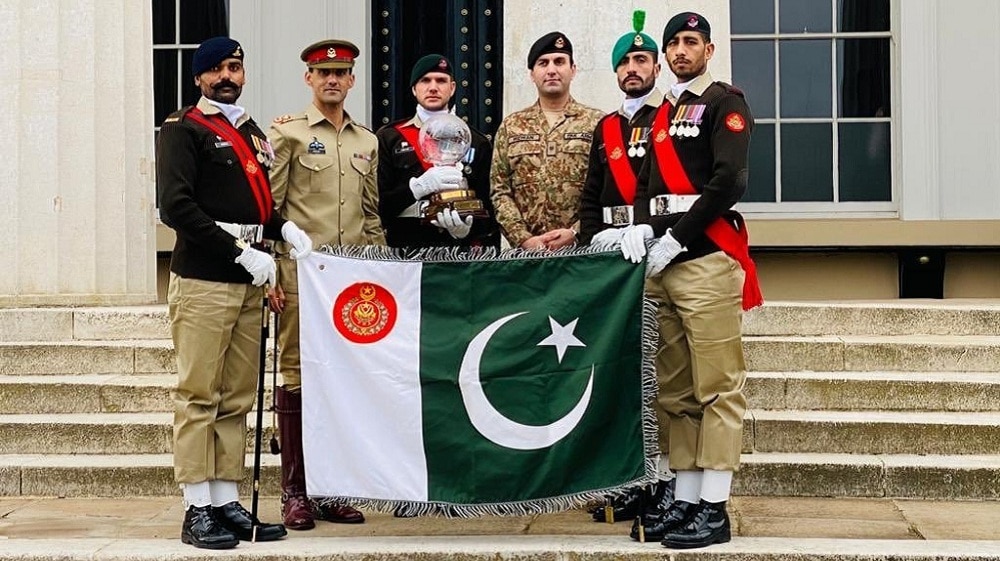 According to the official statement from ISPR, Pakistan has won the Pace Sticking Competition for the third year in a row.

Pakistan’s High Commissioner to the UK, Moazzam Ahmad Khan, has heaped praises over Pakistan Army for winning the competition for the third consecutive year and lauded its highest standards of excellence and professionalism.

First held in 1928, international armies from all over the world participate in the Pace Sticking Competition every year.

The drill is performed at a standard pace of 120 beats per minute with a 30-inch step while marching with the stick at 65 paces per minute and transferring it from hand to hand during the movement.

Its primary purpose is to bring uniformity in the use of the stick and achieve high steadiness and cohesion among team members.

Teams are ranked based on their overall performance in the drill and points are deducted from the final scorecard for wrong commands and movements during the drill.