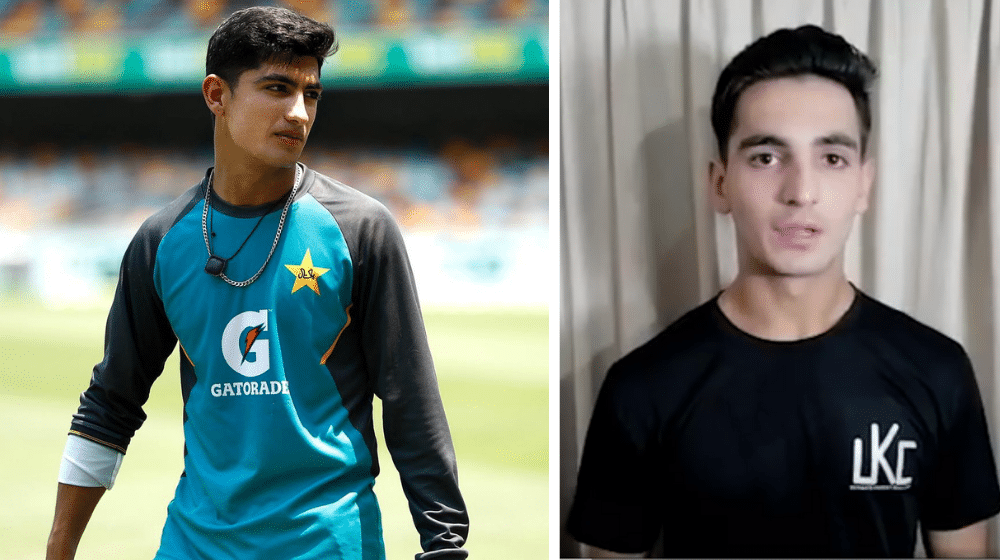 Naseem Shah’s younger brother has been picked by Central Punjab for their Under-19 team. 16-year old Hunain, like his elder brother, is also a right-arm fast bowler and has been touted as a future star as well.

Hunain recently made his debut in the National Under-19 tournament, picking up a wicket in a match against Southern Punjab.

Hunain Shah. The 16 year old younger brother of Nasim Shah. Hunain has been selected for the Under 19 regional squad of Central Punjab and has been picked by Lahore Qalandars for one of their development programs #Cricket pic.twitter.com/AswpYlRT3S

Hunain previously played for Pak Lions International Cricket Academy in Lahore, before being picked up by Central Punjab through trials. Hunain has created a lot of buzz in the domestic circuit for his exceptional fast bowling. He has also been picked by PSL franchise Lahore Qalandars for one of their player development programs.

Naseem Shah, on the other hand, has been a breakout star in Pakistan cricket. Naseem became the 9th youngest player to play Test cricket. He debuted at the age of 16 against Australia last year.

Naseem was playing for Central Punjab in the ongoing National T20 Cup, before being ruled out because of a groin injury. Reports state that the injury has also ruled him out of the upcoming series against Zimbabwe.