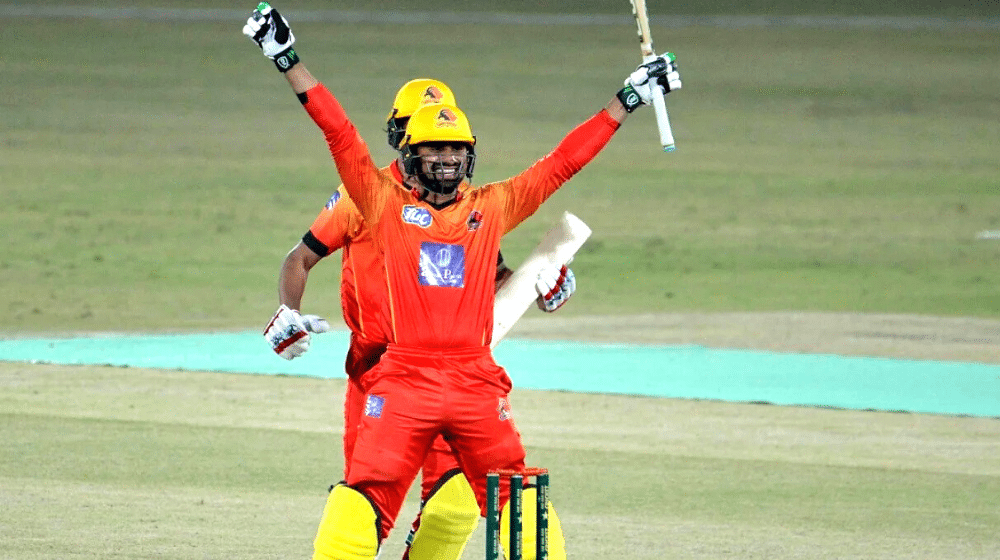 National T20 Cup has been providing us with thrilling cricket over the past few weeks. We have seen high-quality cricket and quite a few records during the tournament.

Young players have also stepped up during the tournament and have showcased their talent to the world. Central Punjab’s Abdullah Shafique and Northern’s Haider Ali have been quite remarkable throughout the tournament. The latest addition to the list of exciting youngsters is Sindh’s Danish Aziz.

Danish pulled off one of the most amazing comebacks in the history of the game. Despite Sindh faltering at 34/7, Danish managed to steal victory from the jaws of defeat, scoring 72* off 47 balls.

Danish Aziz scored 72* from 47 balls, including 20 from the final over, as Sindh mounted an incredible comeback in the #NationalT20Cup to beat Khyber Paktunkhwa by two wickets 🤯

Sindh required 20 runs to win from the last over and Danish Aziz got his team over the line by hitting a six on the last ball of the match. Danish chased down 15 runs off the last three balls of the match with two sixes and a four.

The entertaining final over!

Only India’s MS Dhoni has chased more runs in the last three balls of a chase. Rising Pune Supergiants’ Dhoni scored 16 runs in an IPL match in 2016 to win the match for his side against Kings XI Punjab.

Danish Aziz yesterday successfully chased 15 runs off last 3 balls with a 6, 4 and 6. In recorded history of T20s, only one batsman has chased more off last three balls – MS Dhoni (16 runs) for Rising Pune Supergiants vs KXIP in Vizag in 2016. #NationalT20Cup

106 is the highest amount of runs added after fall of 7th wicket to win a match in T20 history. Sindh went from 34-7 to 140-8 in their successful chase. Amazing knock by Danish Aziz. #NationalT20Cup

National T20 Cup has lived up to its expectations and hopefully, it will provide the platform for more exciting young cricketers to make the headlines.