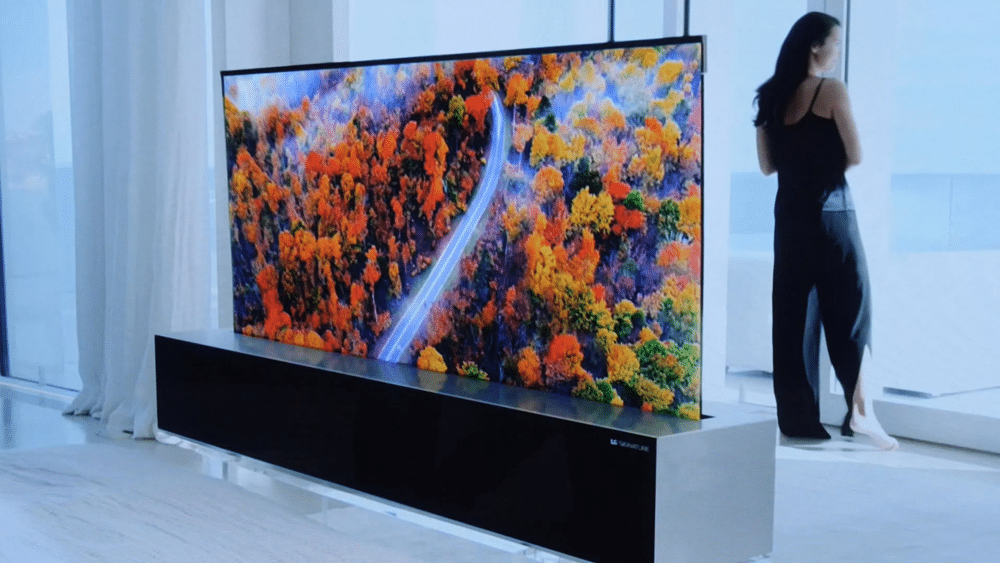 The world’s first rollable TV dubbed the LG Signature OLED R is finally going on sale but in a limited fashion. The 65-inch TV with a rollable display is currently available for sale at seven consumer electronics stores throughout South Korea, costing a little more than $87,000.

This one-of-a-kind device is built around a flexible OLED panel that, according to LG, is ‘the most innovative development in television technology in decades.’

Since the display is flexible, it can fully or partially retract into the base adapting to different aspect ratios. Users can also completely hide the panel when not in use.

In a statement, the company said,

LG’s exquisite creation liberates users from the limitations of the wall, enabling owners to curate their living environment without having to permanently set aside space for a large, black screen that is only useful when turned on.

It comes with a wool speaker and an aluminum base. Buyers can choose between four colors when it comes to the speaker. Moreover, the aluminum base can be personalized with an engraving. 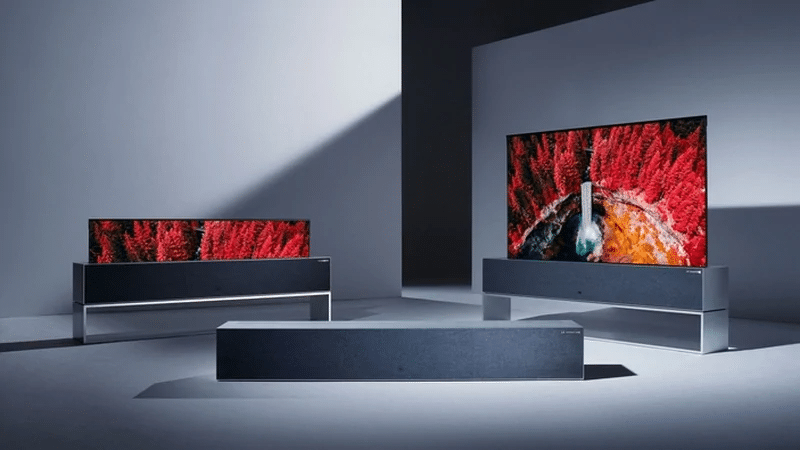 When LG announced this ambitious project in 2018 and showcased the TV prototype at CES 2018, most people believed it was impossible to launch a similar product for consumers. LG has accepted that it was a hard path to follow with multiple difficulties and setbacks. Initially, LG planned on launching it in 2019, and even though they took a year more than they said, the rollable TV is still one of a kind and a technological breakthrough.