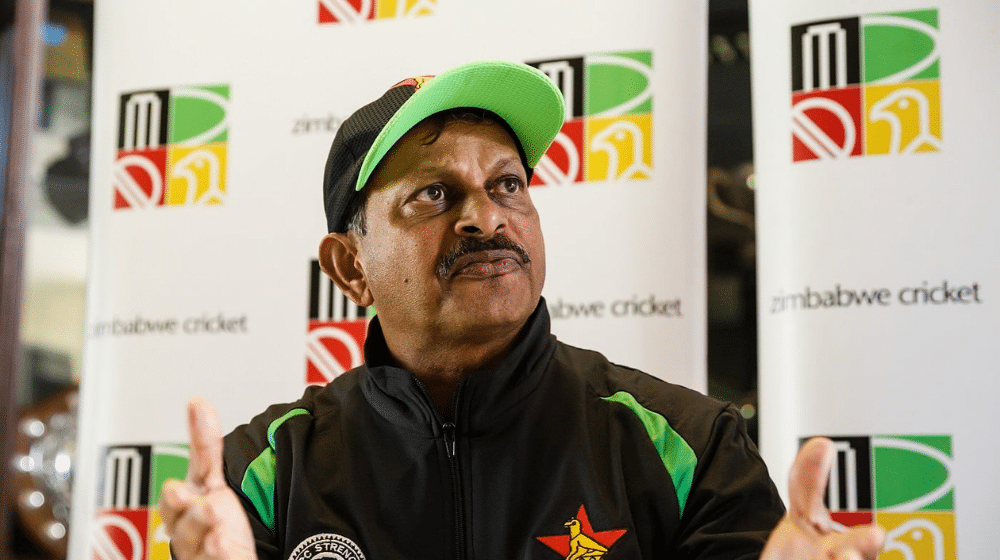 Zimbabwe team has landed in Pakistan for a three-match ODI and T20 series, but they arrived without their head coach Lalchand Rajput.

Former Indian cricketer Lalchand Rajput withdrew from Zimbabwe’s tour of Pakistan after the Embassy of India in Harare asked Zimbabwe Cricket Board to exempt Rajput from traveling to Pakistan.

Rajput had already been granted a visa by the Pakistan embassy in Harare and he had also obtained clearance from Pakistan foreign office to travel to the country.

@ZimCricketv head coach @Lalchandrajput7 will miss the @TheRealPCB tour after the Embassy of India in Harare wrote to @ZimCricketv asking that he be exempted from visiting Pakistan. The Embassy of Pakistan in Harare had issued a visa to Rajput.#PAKvZIM | #LalchandRajput pic.twitter.com/LQ7LExKFic

Zimbabwe’s bowling coach Douglas Hondo has been appointed as the interim head coach of the team.

Zimbabwe team will undergo Covid-19 tests and spend a week in quarantine before being allowed to train in Rawalpindi Cricket Stadium.