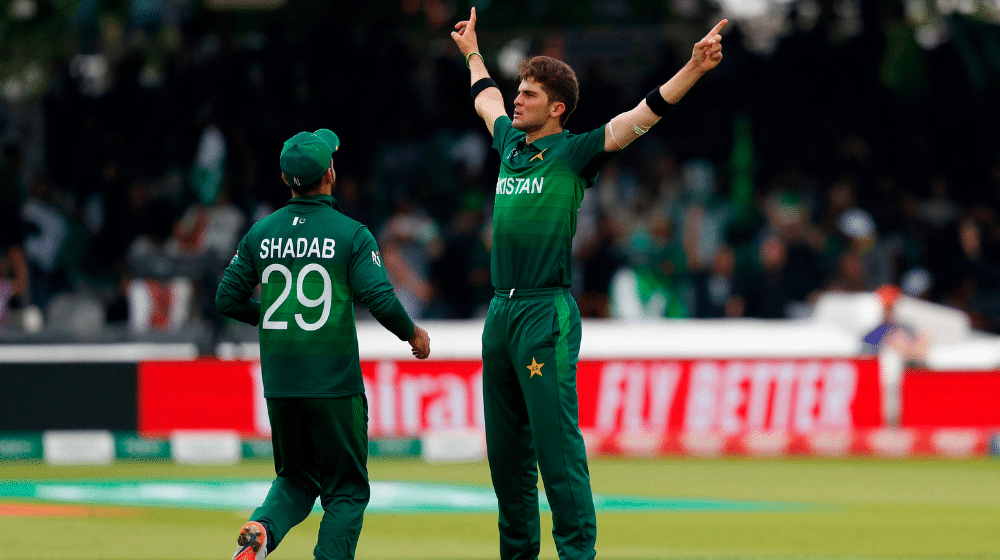 Pakistan has a history of producing top-quality bowlers, with the likes of Wasim, Waqar, Shoaib, Saqlain and Qadir ruling Test and ODI cricket in the past. Pakistan made an easy transition to T20 cricket with Umar Gul, Shahid Afridi and Saeed Ajmal reigning supreme in the format.

Pakistani bowlers have carried on the legacy of such legendary performers by ruling the T20 cricket in 2020.

Four out of the five top wicket-takers in T20s this year are Pakistanis, with Afghanistan spinner, Rashid Khan, the only bowler from outside Pakistan on the list. Shaheen Afridi has been one of the best bowlers over the past year, with dominant performances in international and domestic cricket alike.

Shaheen has had a staggering year, picking up 44 T20 wickets with Pakistan, Lahore Qalandars, Hampshire and Khyber Pakhtunkhwa. In the recent National T20 Cup, he finished as the leading wicket-taker with 20 wickets to his name and has picked three five-wicket hauls in this year alone.

Lahore Qalandars star, Haris Rauf, has had a stellar year as well. He is level on wickets with Rashid Khan, albeit playing 6 matches less than Afghani spinner and picking up 39 wickets in the calendar year. The pacer has made a name for himself in the T20 format, finishing as the 2nd highest wicket-taker in the recently concluded National T20 Cup.

Here are the top 5 wicket-takers: 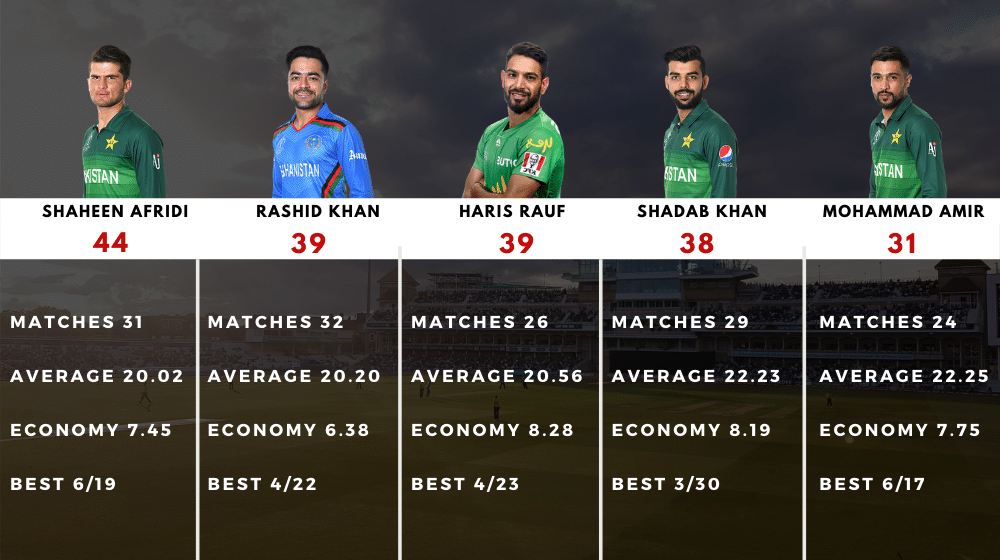 Shadab Khan and Mohammad Amir round off the top 5 with 38 and 31 wickets respectively. Shadab has been in impressive form and has showcased his skills as an all-round cricketer this year. He was exceptional with the bat and the ball in PSL and National T20 Cup while displaying strong leadership qualities.

Amir, on the other hand, has been less than impressive, even though he is in the top 5 leading wicket-takers in the year. He lost his place on the national side for the series against Zimbabwe but he will be looking to make comeback to the team to stake his claim in the coming tour of New Zealand and ultimately the World T20.

The golden era of Pakistani bowlers ruling the cricketing world might just be coming back with exciting young bowlers looking to establish themselves in the team. Mohammad Hasnain, Musa Khan, Zafar Gohar and Usman Qadir will make up a new-look bowling line-up in the upcoming series against Zimbabwe and will be eyeing a permanent place in the team.