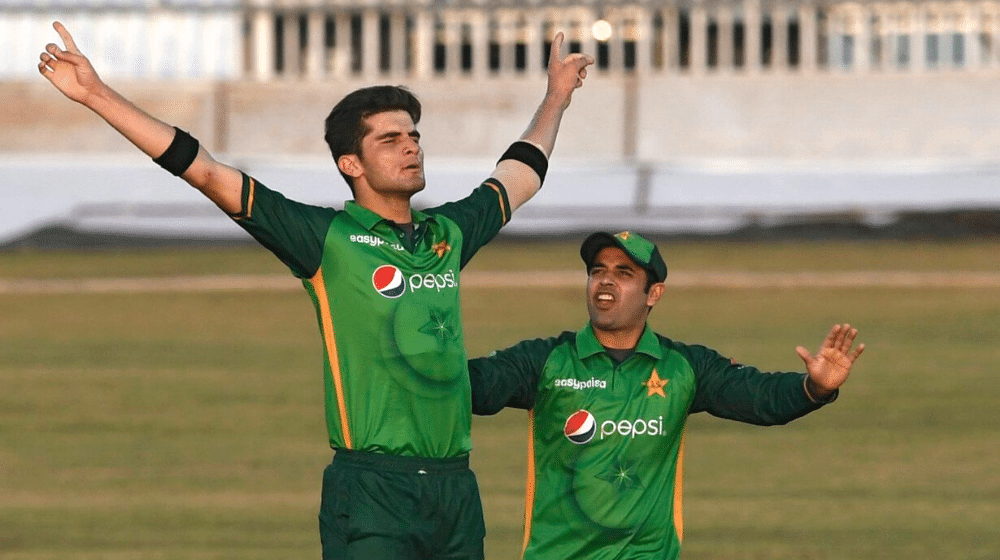 The spearhead of the Pakistani bowling line-up, Shaheen Afridi, has had an immaculate year so far, he added to his tally of records with yet another five-wicket haul in the first ODI against Zimbabwe.

Shaheen became the second bowler in history to pick up 15 wickets in the space of only 3 matches, the only other bowler to achieve this feat was former fast bowler Waqar Younis.

Shaheen Afridi is only the 2nd bowler in ODI history to take 15 wickets in space of 3 matches. First was Waqar Younis. #PakvZim

He finished off with figures of 49/5 as Pakistan managed to defend the target of 282 against Zimbabwe. He started off the innings by picking up the wickets of the two openers in his first spell, before coming back into the attack and picking up three more.

Prior to this, his last ODI match was back in the 2019 ICC Cricket World Cup, where he picked 6 wickets for 35 runs in Pakistan’s last group stage match against Bangladesh. He took 4 wickets against Afghanistan in the previous match.

ICC Hints at Possible Inclusion of Cricket in Olympics

Shaheen Afridi also became Pakistan’s leading wicket-taker after 20 matches, picking up 45 wickets and surpassing Hasan Ali who had 39 wickets in 20 matches. Shaheen’s ODI record is immaculate, an average of 19.91 with 2 five-wicket hauls already to his name.