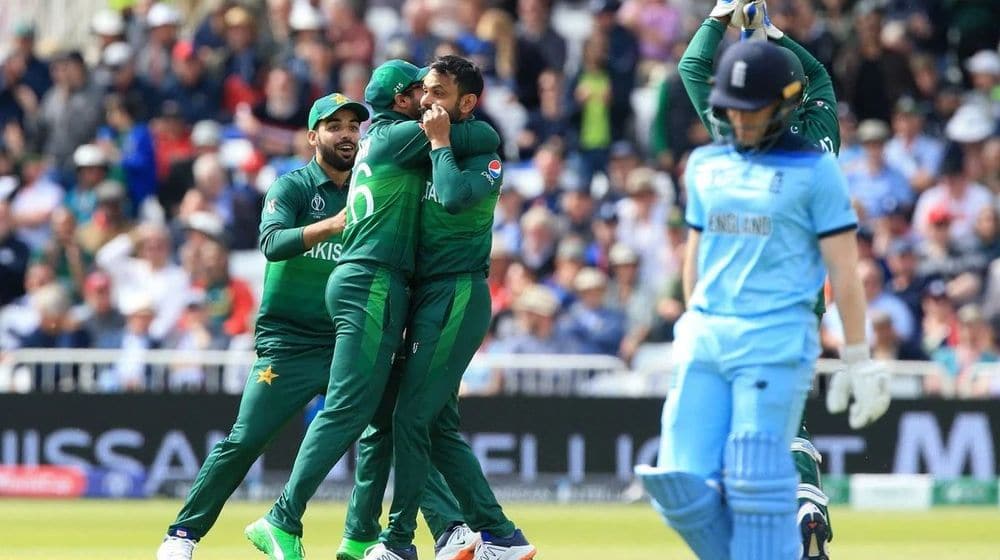 The Pakistan Cricket Board today confirmed England will make their first visit to Pakistan in 16 years when they will play two Twenty20 internationals in Karachi on 14 and 15 October.

England will arrive in Karachi on 12 October, and both sides will depart for India on 16 October for the ICC Men’s T20 World Cup at the end of the series.

The England and Wales Cricket Board (ECB) confirmed the tour on Tuesday evening following last month’s invite by the PCB for a short tour in January 2021.

Due to the non-availability of its top stars during that period as they will be busy in international cricket, the ECB proposed the short tour in October in the lead up to the ICC Men’s T20 World Cup, which was welcomed by the PCB.

England last toured Pakistan in 2005 when they played three Tests and five One-Day Internationals. The subsequent series between the two sides in 2012 and 2015 were played in the United Arab Emirates.

I am delighted to confirm that England will be touring Pakistan to play two T20Is in October 2021. This will be their first visit to Pakistan for 16 years and will open the door for both Test and white-ball tours in the 2022-23 season.

“The full-strength England squad will arrive at the backend of our home series against New Zealand. We also expect Australia to visit Pakistan for their FTP commitment in the 2021-22 season, with England returning for both Test and white-ball tours in the 2022-23 season.

“The October 2021 T20Is will allow the leading England cricketers to access and examine the world-class arrangements we will put together, which will give them further encouragement and confidence to not only return in 2022-23 but also express their interest in the Pakistan Super League, which has grown to become one of the top leagues in the world.

Misbah Highly Impressed With These Spinners in Domestic Circuit

“England’s visit to Pakistan for the 14 and 15 October 2021 T20Is will provide a further lift to our passionate fans, both in Pakistan and across the globe. The nation has waited patiently for cricket to return sustainably to Pakistan and the 2021 tours by South Africa, New Zealand and England will only ensure international cricket is played uninterruptedly.

“The enhanced progress made over the last two years has been down to nurturing relationships with various cricket boards and international players, as well as building trust and confidence.

“The ECB’s confirmation further endorses Pakistan as safe and secure. Importantly, this announcement speaks volumes for the relationship that we have with the ECB and I would like to thank the ECB for their strong will and desire to make this short tour a reality.

“England’s visit in 2021 is an outcome of the PCB’s efforts and hard work to ensure Pakistan cricket continues to move in the right direction.”

It’s a real pleasure to announce that the England men’s T20I squad will be playing in Pakistan in October 2021. This will be first time since 2005 that an England team has toured Pakistan and, as such, it represents a significant moment for both nations.

“As was demonstrated this summer, we have a strong relationship with the PCB, and the ECB is delighted to be able to play our part in ensuring the safe return of international cricket to this wonderful nation of passionate cricket fans.

“As always, the safety and welfare of our players and staff will be paramount. We are working closely with the PCB to ensure all the necessary plans are in place, especially concerning the anticipated levels of security around the team, the proposed travel protocols and of course the situation regarding the fast-moving and ever-changing COVID-19 pandemic.

“The two-match series will serve as ideal preparation for the England team leading into an ICC T20 World Cup taking place in India during October and November 2021.”

“My goal since arriving in Pakistan has been to welcome the England Cricket Team back. 16 years of waiting is over, and I am delighted that England will play here in 2021.

“A lot of hard work behind the scenes has gone into making today’s news possible and I would like to thank everyone involved. International cricket needs the great stadiums of Pakistan full again – and this tour will do that.  UkPakDosti Zindabad!”