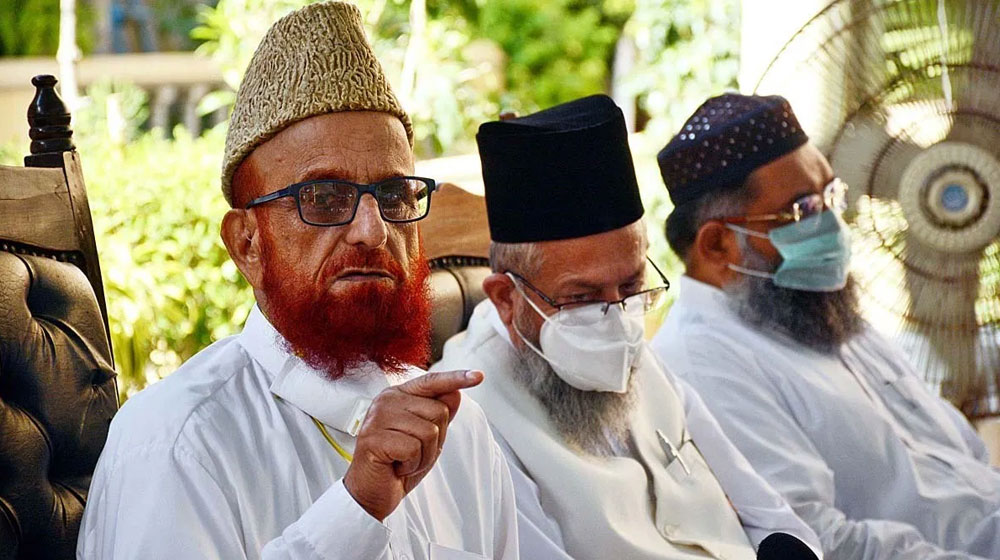 While speaking with a local news channel, Mufti Muneeb remarked, “I am amazed at the collective wisdom of the federal cabinet that they have proposed such a solution to the problem of rape,” adding that “our parliamentarians do not know what kind of legislation they are making”.

The Chairman said that instead of enforcing Islamic laws, the government has adopted a policy of enacting new laws.

He stated that Allah had prescribed stoning and flogging as the punishments for adultery and rape:

Mufti Muneeb said that he has complete faith that the problem of rape can be tackled by adhering to the Islamic punishments as prescribed by Allah.

He suggested that the government should follow Islamic laws, implement punishments under these laws, and abstain from enacting legislation contrary to Islam.

Earlier this week, Prime Minister Imran Khan had granted assent to the Anti-Rape (Investigation & Trial) Ordinance 2020 that mandates the castration of rapists and pedophiles.