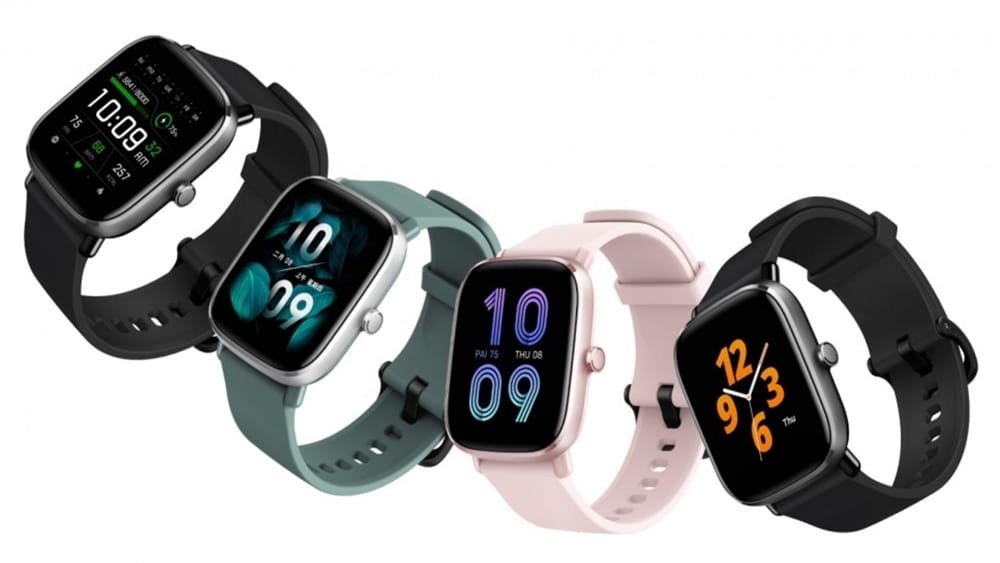 The Amazfit Pop Pro is identical to its non-Pro sibling and comes with a 1.43-inch square LCD display. It is available in three color variants, i.e., Black, Green, and Pink.

The Amazfit GTS 2 mini, on the other hand, comes with a 1.55-inch AMOLED panel and is available in Teal, Black, and Pink colors.

Both watches come with support for Bluetooth 5 and are waterproof till 5 ATM. They can track 60 sports activities and have their own GPS instead of relying on the smartphone’s GPS. Where the Pop Pro is an upgrade over its sibling, the GTS 2 mini is identical specification wise. The only difference is the slightly smaller display.

The Amazfit Pop Pro packs a 225 mAh battery, which promises nine days of life on a single charge. The GTS 2 mini, on the contrary, packs a slightly smaller 220 mAh battery, and according to the company, it will maintain the 7-day heavy use, 14-day regular use, and 21-day basic watch mode endurance figures.