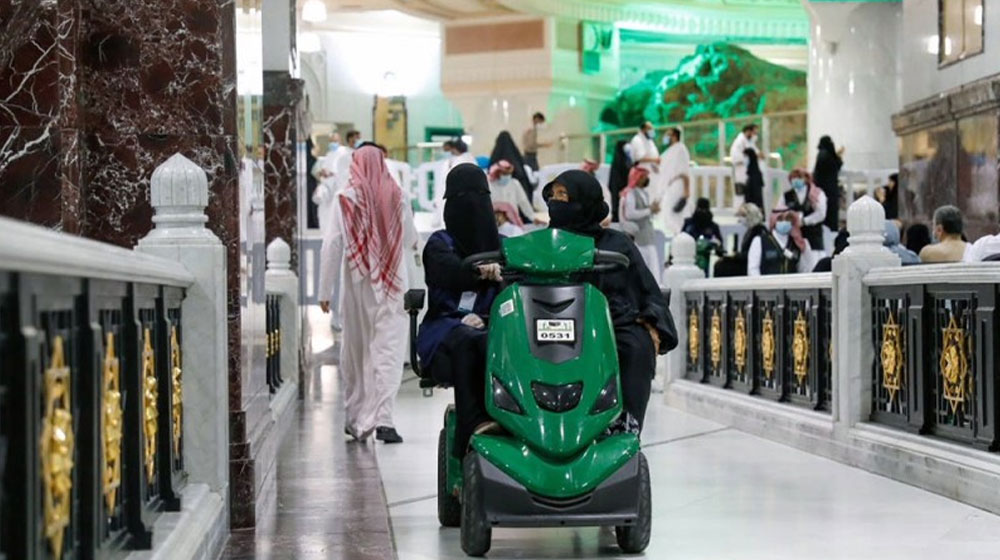 The Kingdom of Saudi Arabia (KSA) has appointed 50 local women to serve Umrah pilgrims and worshippers at the Grand Mosque in Makkah, Saudi media has reported.

The escort service called ‘Mutawafah’ will assist elderly female pilgrims, guide them to different places inside the mosque, and drive their carts around the holy site. They will also guide pilgrims regarding the safety measures against COVID-19.

The General Presidency for the Affairs of the Two Holy Mosques has also introduced a Smartphone app for pilgrims to help them make reservations for the electric and ordinary carts that are used for the Umrah rituals.

KSA has reopened its holy places for Umrah pilgrimage amid extensive health precautions following a seven-month suspension due to the outbreak of the coronavirus.

Last month, Saudi authorities had announced a full-scale revival of the Umrah pilgrimage in three stages. In the first phase, only 6,000 local citizens were allowed to perform Umrah each day. In the second phase, which started on 5 November, 10,000 foreign pilgrims were divided into groups and welcomed to the holy sites every week. The third phase that is subject to a victory over COVID-19 will see the normalization of Umrah activities.