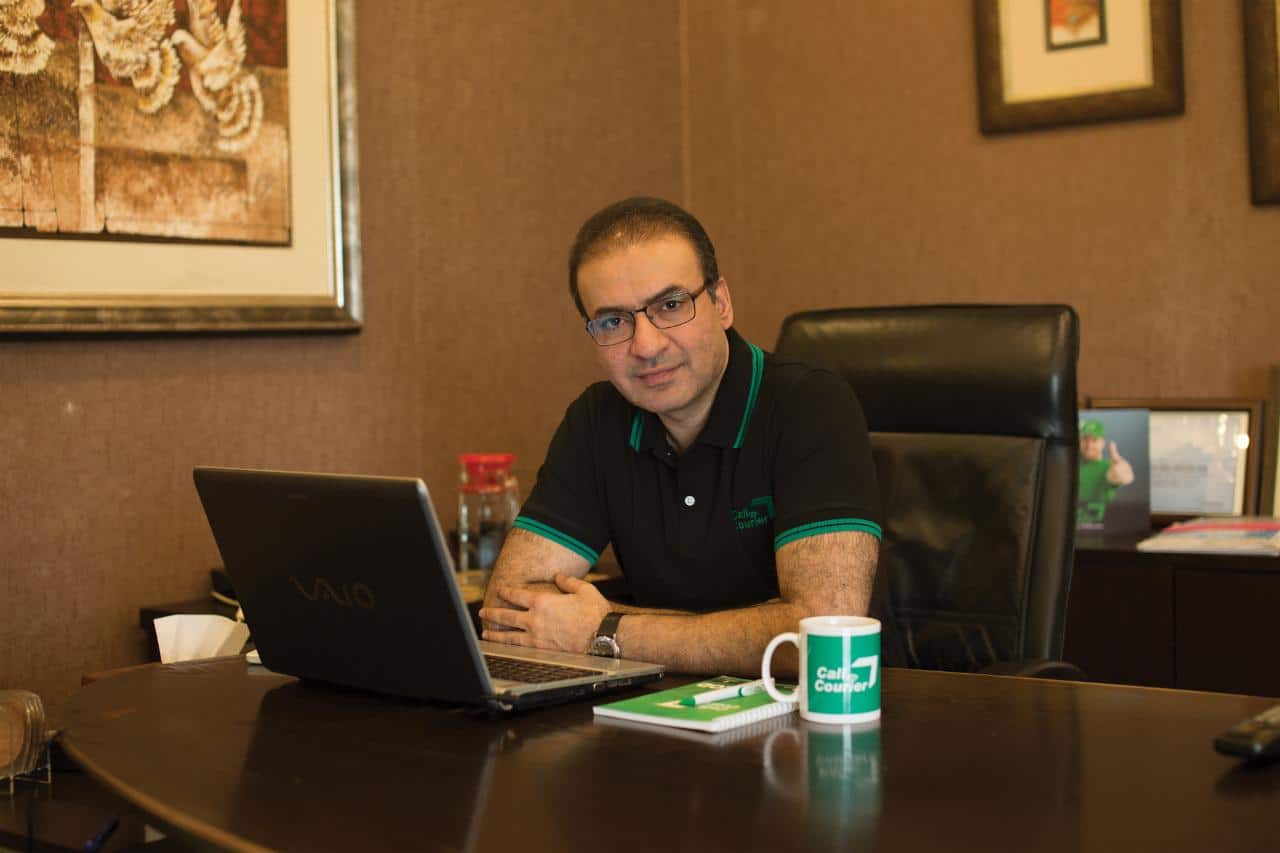 By Jehangir Nasir and Syeda Masooma

According to the Global Consumer Insights Survey 2018 by PricewaterhouseCoopers, e-commerce now accounts for an estimated one-tenth of retail sales worldwide.

GPU Sales Rise Across the Board Amid the Pandemic

Pakistan’s market and consumer body are no different. Statistica noted that in 2020, Pakistan’s e-commerce industry contributed to estimated annual revenue of $2 billion as a result of a 100 percent growth in the country’s online shopping segment, putting it at the 46th rank in e-commerce worldwide.

There has been a sharp rise in the last few years in the number of incubators, accelerators, and startups focused on e-commerce in Pakistan. Even the regulatory authorities seem more sensitized now to the need for the formulating of rules and regulations governing the digital marketing space. Consequently, in the early part of 2020, Pakistan’s first e-commerce policy framework had been approved by the federal cabinet.

While many new startups are successfully entering Pakistan’s e-commerce space, there are some businesses that had the foresight to launch their e-commerce wings long before the market was ripe for it, one of which was Call Courier.

ProPakistani spoke with the company’s Chief Executive Officer (CEO), Jawad Mirza, to learn about the e-commerce industry in Pakistan, Call Courier’s place in the industry, and the opportunities and challenges that newer players will likely come across. Here is what we learned:

Call Courier is the e-commerce chapter of Excel Group, a tech-driven logistics company catering to the e-commerce market primarily through the Cash-on-Delivery (CoD) model. Excel Group endeavored with ‘Corporate Courier Services’ in 2003 when its aim was to provide tailor-made solutions to corporate clients including multinationals and emerged as a unique courier service entity.

Back then, Pakistan’s courier delivery was primarily run by just one international player and this led Excel Group to relaunch Corporate Courier Services as ‘Call Courier’ in 2017. Since then, it has been an entirely different story for the group, with seven-fold growth.

The CoD model for Call Courier had posted a 200 percent growth during the past three years, which is not only among the steepest in Pakistan but also shows twice the rate of growth as compared to the international CoD models of e-commerce.

Financial Performance is Better in Companies With More Women: SECP

Mirza added that since Call Courier had already been up and running when the e-commerce growth hit Pakistan’s market, the company had benefited quicker and better than the new entrants.

“Our tagline is ‘smart deliveries’. We have established a smart courier and delivery system via continuous improvement of operational processes on a consistent basis over a number of years. We have been in operations since 2003 and have a far more experienced team as compared to more recent players and therefore have well-established SOPs which may take years for a new company to develop,” he remarked.

One of the most recent and useful examples of this experience for the company came in the form of capitalizing on the COVID-19 lockdowns. While the pandemic had come as a woe to the retail market, the reality has been the exact opposite for e-commerce platforms that had been able to spot the opportunity early on.

Call Courier had seized the opportunity when the pandemic hit Pakistan, which just turned out to be an opportunity for some players in the logistics sector in general due to increased sales in e-commerce, and for Call Courier in particular where the company was able to double its monthly shipment growth.

According to Mirza, the shipment curve has actually shifted upward by about 50 percent post-lockdown and that the ‘new normal’ has been benefiting the company significantly.

Being a private limited company, Jawad chose not to disclose the financial details but did divulge that Call Courier expects its well-established foundation to earn north of a billion rupees in revenues by the end of the current fiscal year, June 2021.

While on its own, this number reveals little about the company’s growth or operational trajectory, by comparison, one can see that there is still a long way to go for this arm of the Excel Group. TCS, one of the major players in this industry, has an average of Rs. 15 billion annual revenues. There is still a lot for Call Courier to do to be included among the leaders of this industry.

“COVID-19 is a global catastrophe that has impacted everyone, and likewise, was challenging for us but we took it upon ourselves to deliver shipments to people as their mobility had been restricted. We were able to extend our support during this time of need and tried to facilitate as many consumers as possible. Even with the subsequent normalization in mobility post-lockdown, consumers are now accustomed to placing orders online. Hence, there is a permanent upward shift in the demand for the e-commerce businesses,” he said.

Even in non-pandemic business activities, Call Courier seems to be on the right track for moving forward. The same data platforms that estimate the e-commerce industry to be nearly double in the next half of the decade also highlight that the major chunk of this growth is going to come from fashion products.

Keeping their operations in line with this projection, Call Courier has established business relationships with major leading retail and fashion brands across the country, which also collectively contribute to the major chunk of the company’s revenue.

Call Courier has a well-established pan-Pakistan courier network that delivers shipments to customer’s doorsteps within 24-48 hours with over 800 delivery staff across more than 500 courier destinations.

Automated software and a mobile application allow the company to provide an online booking facility, real-time tracking, and updates on each shipment to its customers.

“Continuous follow-ups are embedded in its customer engagement policy, by which customers receive timely updates at appropriate intervals, which ensures that they are kept informed of the status and pending issues,” Mirza remarked.

“There is a rigorous internal process backed by technology in place to accommodate large payments, even for CoD orders,” the CEO added.

While cash-based transactions are bringing Call Courier the major chunk of its revenue, the company’s management is neither oblivious to the rising significance of non-cash deliveries nor blind to the necessity of such business in the overall economic prospects of Pakistan.

Mirza further remarked, “This is a real challenge for the country due to a sizeable cash economy. We have provided incentives on non-cash deliveries and introduced handheld card devices to facilitate consumers, but addressing this will require a much larger effort on the part of the government, regulatory authorities, and financial institutions towards non-cash fin-tech alternatives. Incentives should be provided in terms of reduced transaction costs and discounts to shift customer to non-cash alternatives”.

Despite being comfortably positioned to cater to both B2C and B2B customers, Call Courier does not ignore the obvious competition from TCS, and Leopard Courier. Mirza also disclosed that the company realizes the need of the hour and that while they are aware of the competition, they are not really worried.

Without referring to any company, in particular, he said, “The industry is growing and there is immense room for differentiation and improvement. Some of the smaller companies have been successful in attracting foreign investment also. Hence, the industry has already evolved becoming highly competitive and is no longer dominated by a couple of players. Our plan is to enter other services in near future”.

Regarding Call Courier’s plans to take on that competition, the CEO stated, “The industry is fairly competitive with both emerging and established players, and we are in competition with them. With the recent surge in on-demand and last-mile logistic services, companies whose business processes are not streamlined struggled while those that have integrated technology to optimize operations were able to respond quickly. Businesses that are adaptable to changing trends and can utilize technological solutions to scale faster are more likely to capture the market”.

Call Courier’s future plans include joining the list of major players in the industry. It aims at adding more verticals within the supply chain, enhancing its technology framework, and utilizing its data analytics capabilities to maintain its growth trajectory, and capitalizing on the newer opportunities via the organic rise in Pakistan’s and the global e-commerce industries.