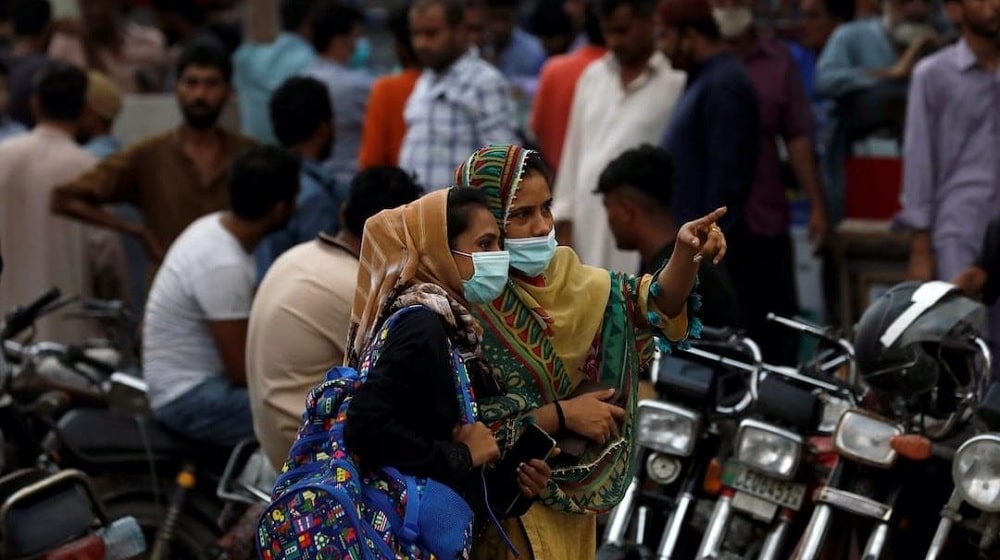 Pakistan has reported 89 more deaths due to the coronavirus within the last twenty-four hours, which is the highest since 4 July when the country had reported 93 fatalities. This has taken the death toll in the country to 8,487, as revealed by the National Command and Operations Centre (NCOC).

Sindh and Punjab both reported 41 new fatalities each, Khyber Pakhtunkhwa reported six deaths, Azad Jammu and Kashmir confirmed one more death, and  Balochistan and Gilgit-Baltistan reported no deaths in the last twenty-four hours.

The total count of active cases in the country has reportedly reached 44,218, with 2,885 new infections, and the national tally of cases currently stands at 423,179.

The positivity rate of the COVID-19 cases has escalated to 8.58 percent, with the highest prevalence of the virus in Karachi.

The PCR tests that were conducted in the last twenty-four hours detected a 21.80 percent positivity rate in Karachi, 18.31 percent in Mirpur, and 16 percent in Muzaffarabad.