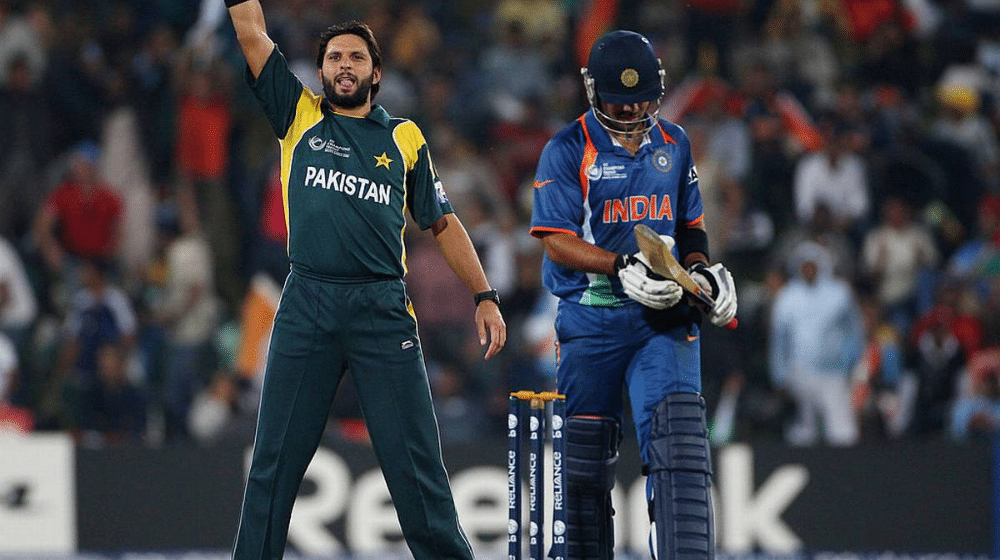 Indian captain, Virat Kohli, said that he believed his career was over when he got out to Shahid Afridi in the 2009 Champions Trophy.

Kohli, in a chat with the Australian middle-order batsman, Steve Smith, recalled the match that he presumably believed was his last match for India.

“I made my comeback against Pakistan in the 2009 Champions Trophy. I remember I was out for 16 trying to hit Shahid Afridi for a six and got caught at long-off. We lost the game and until 5 am, I was staring at the ceiling thinking I am done, that’s it I’m gone,” Kohli said.

Pakistan went onto win the match by 54 runs.

“The ODI knock that is more special to me [than the Hobart knock] is the one against Pakistan in Asia Cup, where I got 183 while successfully chasing 330,” he said.

India chased down a huge target of 330 with ease as Virat Kohli single-handedly won the match for India.

Virat Kohli will miss the second and third Test match against Australia due to the birth of his child but will be looking to secure a win in the first Test match.