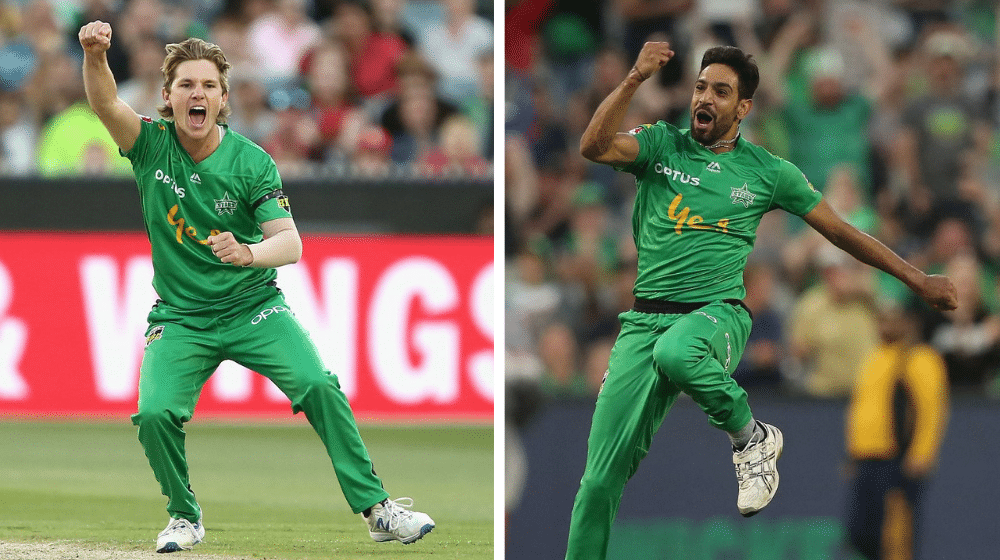 Fast bowler, Haris Rauf, has made a name for himself in the Big Bash League, as the fiery pacer was re-signed by Melbourne Stars and will join the squad in January after fulfilling his international duties.

Australian spinner, Adam Zampa, revealed that Rauf impressed the management with his pace last season as he “tried to blow blokes’ heads off” in the practice sessions. Zampa added that he would never face Rauf in the nets.

“Haris Rauf was an interesting one last year. We had heard of him playing some club cricket in Tasmania. Hurricanes were close to signing him, but we got him at the last minute, and his emergence is something we all remember from last year. Since then he has gone on to play for Pakistan too,” Zampa said.

The rise of Haris Rauf was simply spectacular 😍

📽️ Re-live his emergence in the latest edition of 10 Years of Stars Stories, brought to you by MG Motors!

He will be back in Stars colours soon 💚 #TeamGreen #BBL10 pic.twitter.com/IVZjgIB8LP

Rauf finished the 2019/2020 BBL season as the third-highest wicket-taker, picking up 20 wickets, including a five-wicket haul and a hattrick in the tournament.

Rauf witnessed a meteoric rise over the past few years. He was unearthed by PSL outfit, Lahore Qalandars, in their talent hunt program. He then went on to represent Melbourne Stars in the Big Bash League in 2019/2020, and his impressive performances earned him a call up to the national side shortly after.

Rauf is currently part of the national squad for their tour of New Zealand, representing the Men in Green in the three-match T20I series.