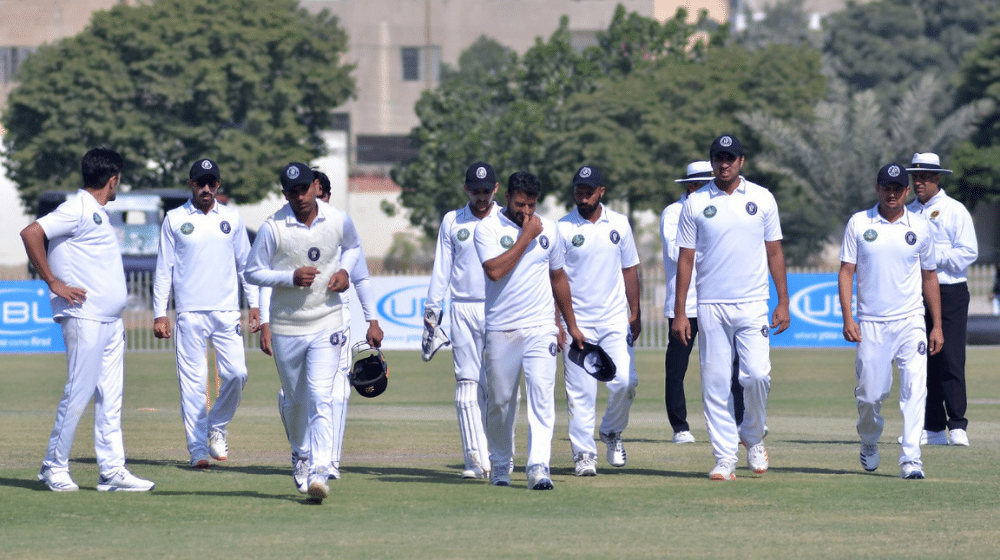 With Central Punjab’s third victory in a row, the competition at the top of the table is getting interesting with only two rounds left to play. Meanwhile, KP recorded their fourth win of the tournament to solidify their position at the top and Northern clawed their way to a draw against Sindh.

Tickets for Pakistan vs. England Match Next Year Sold Out in Record Time

A resurgent Central Punjab dismantled a low on confidence Balochistan team within three days, recording a third victory on the bounce.

Captain Hasan Ali continued his fine run of form and finished with a ten-wicket haul in the match, picking up 5-fors in both innings to lead his side to another victory. Central Punjab’s opener, Ali Zaryab, scored a century as they posted 369 in the first innings. Balochistan batting crumbled and were forced to follow-on. Central Punjab won the match comfortably by 9 wickets in the end.

League leaders KP continued their charge at the top of the table with a convincing 10 wicket victory over Southern Punjab. Middle-order batsmen, Adil Amin and Kamran Ghulam, scored brilliant centuries in the first innings as KP scored 487. Southern Punjab couldn’t recover and were forced to follow on. KP chased down a target of 5 in the fourth innings comfortably.

Northern and Sindh battled it out at the National Stadium Karachi. Northern were bowled out for 203 in the first innings and their chances looked bleak as Sindh posted 514 on the board, with opener Sharjeel Khan scoring 133. Hammad Azam and Mubasir Khan took it upon themselves to rescue the match for Northern as they both scored centuries in the third innings as the fourth day came to a close.

Here is the QeA Table after the 8th round: