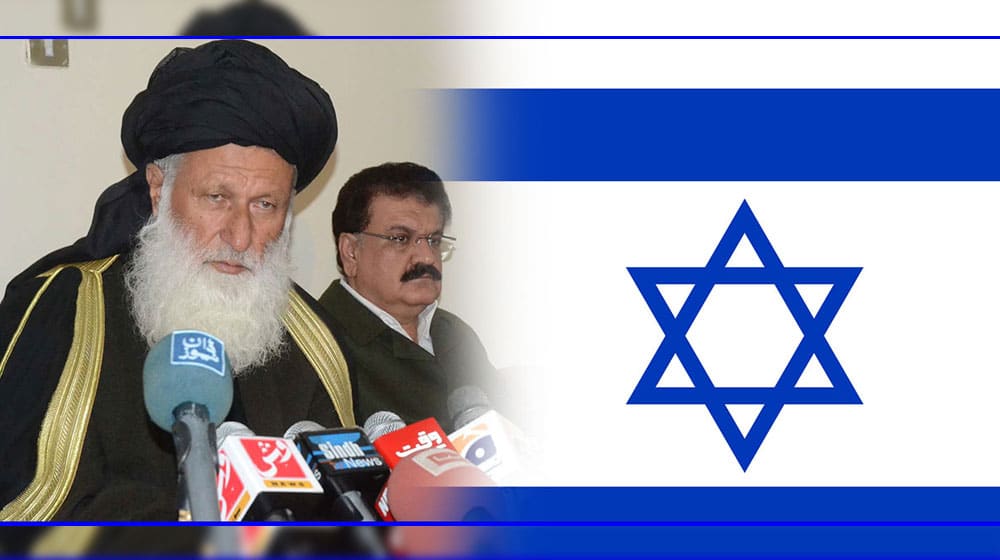 He expressed his views during an interview with a local TV, part of which was shared by Noor Dahri, a UK-based pro-Israel scholar on Twitter.

In the viral video clip, Maulana Sherani, the former chairman of the Council of Islamic Ideology (CII), gave Quranic references to support the normalization of relations with the Jewish state.

Declaring it an international issue, Sherani said he supports recognition of the state of Israel.

“Educated Muslims need to understand that the Quran and history prove to us that the Land of Israel belongs only to the Jews. King David built the house of God in Jerusalem for the Israelis and not for the Palestinians.”

While Pakistan’s mainstream media might have missed out on this news, Israel’s one of the most-read newspaper, Israel Hayom, has carried the story as ‘breaking news.’

They also quoted Dahri’s tweet to report the story. Maulana Sherani has been receiving special coverage in the Hebrew language newspaper.

The information that I tweeted about the video talk of the Pakistan’s recognition of Israel by the religious leader of JUI (F) @juipakofficial Maulana Muhammad Khan Sherani has got now space in the Hebrew news @IsraelHayomHeb of Israel.
מנהיג דת פקיסטני: "לנרמל יחסים עם ישראל" https://t.co/vYt1NNFv2v pic.twitter.com/Iv90Xuoxs2

Interestingly, Maryam Nawaz had tweeted Dahri’s claim, before realizing the blunder and deleting it.