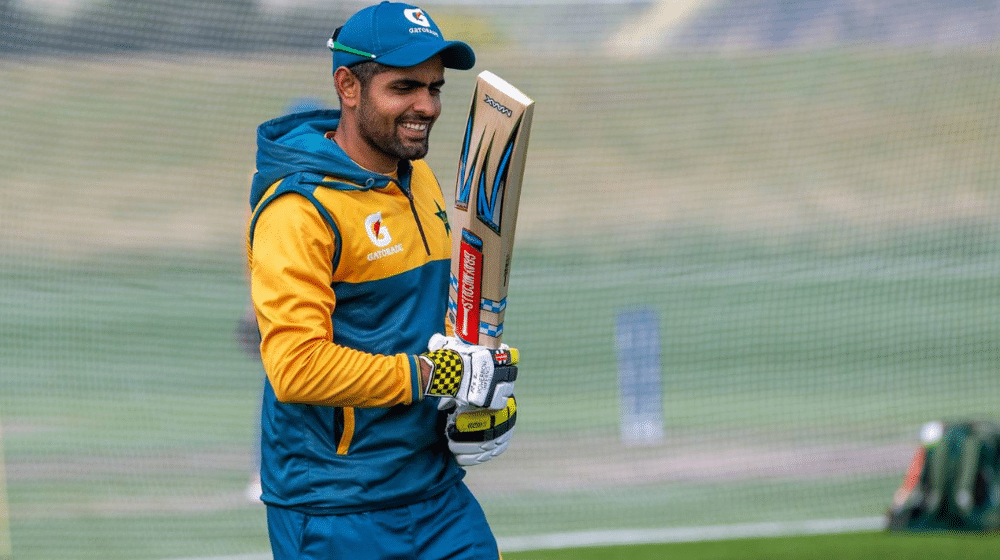 Pakistan captain, Babar Azam, has started his road to recovery and the team management is hopeful that he will be fit to take part in the second Test match in Christchurch.

Babar has started gripping the bat once again as he practiced with a tennis ball. If things go smoothly, he will be leading the team in the second Test.

Pakistan head coach, Misbah-ul-Haq, is optimistic about Babar’s participation in the final game of the tour.

He said, “We are hopeful that Babar will be fit for the second Test. He started gripping the bat today and practicing with a tennis ball. You can’t really predict much with injuries like that but I just hope he gets better in five or six days and he has about eight days or so to get ready, which would be a big boost for us.”

Babar fractured his thumb during a practice session before the T20I series and was subsequently ruled out of the series and the first Test match. Pakistan’s batting line-up looked vulnerable in his absence as Pakistan lost the T20I series 2-1. Pakistan’s batting display in the first two matches was below par and they never managed to recover from the debacle early on.

Pakistan struggled to find the right opening combination and tried the likes of Mohammad Rizwan, Abdullah Shafique, and Haider Ali as openers. Although Rizwan played a magnificent match-winning knock in the final T20I, the other two struggled. Abdullah played two matches and got out for ducks in both, while Haider couldn’t make a statement with the bat either.