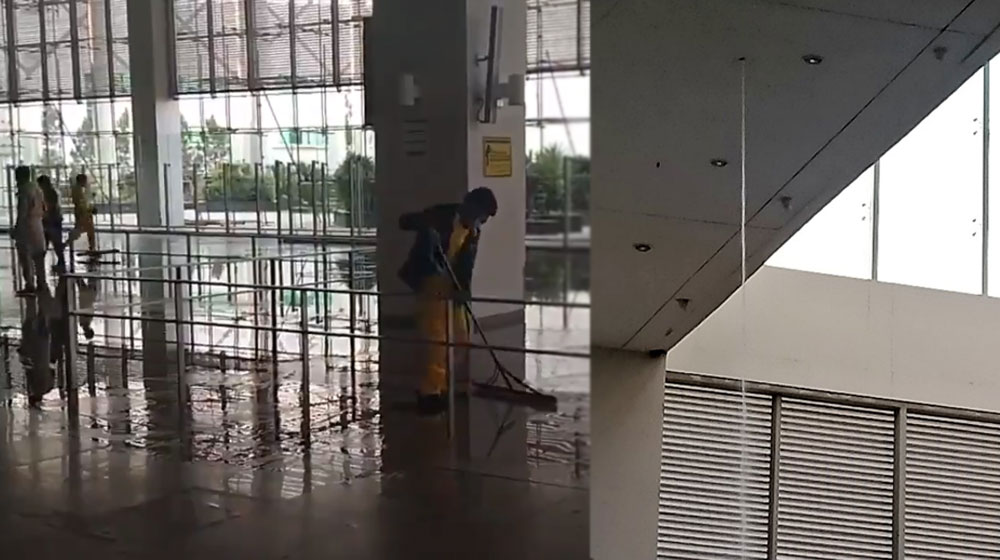 A portion of the Islamabad International Airport’s (IIA) ceiling began to leak again on Wednesday due to a damaged pipeline. Consequently, a large amount of water poured down into the domestic arrival lounge from a hole in the ceiling and caused trouble for passengers.

Israeli Minister Clarifies Whether Pakistan is Recognizing Israel or Not

A Twitter user captured the incident on a video that shows water dripping down from the roof and forming a puddle on the floor while workers mopped it.

#Islamabad Airport and my critical views
The roof of the airport is leaking like #Karachi pic.twitter.com/ubsgcxdJiG

The incident is not the first of its kind as the airport makes headlines for the same reason every rainy season. Earlier in August, its ceiling had crumbled due to heavy rains.

A video posted on social media showed the ceiling panels at the airport crashing down with water dripping from the openings. The section of the roof had reportedly been damaged by torrential rains.

The heavy rains in February this year had proved to be too much for the airport that was built for Rs. 120 billion and has been dubbed as a ‘technological marvel’ by many. 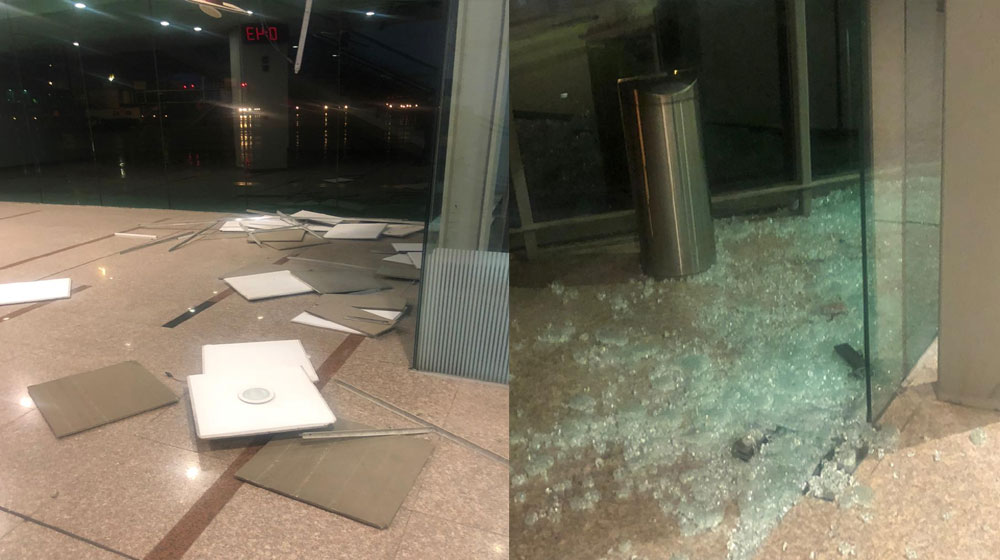 As a result of the heavy rain, even the windowpanes of the domestic departure lounge shattered and fell to the ground, and the ceiling of the airport started leaking in various spots.