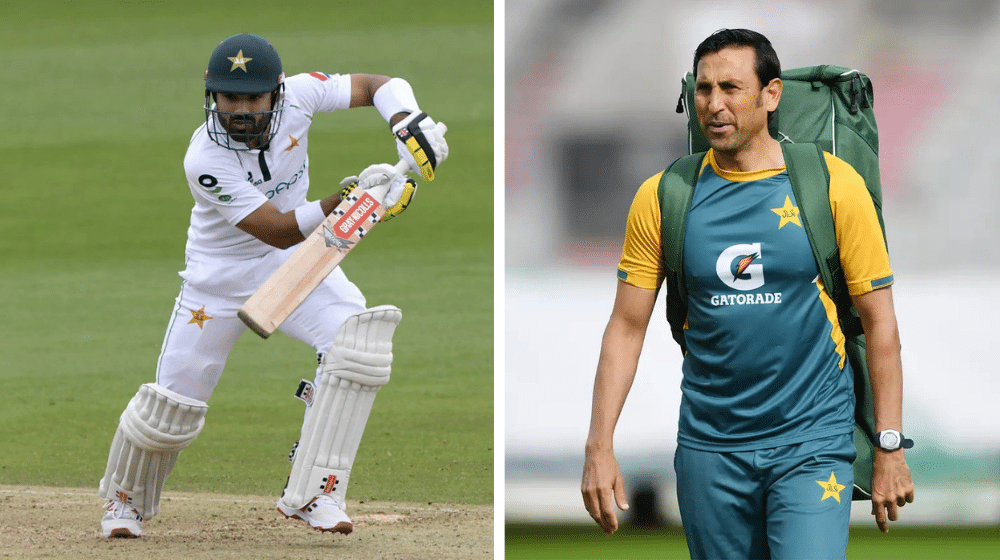 Pakistan wicket-keeper, Mohammad Rizwan, along with all-rounder, Faheem Ashraf, helped Pakistan to avoid follow-on after the team was struggling at 80-6. The two put on a 107-run stand before Rizwan was eventually run out after scoring 71 runs.

Rizwan has been garnering a lot of praise for his performances with the bat lately. After struggling in the first two T20Is, Rizwan came back into form and played a match-winning knock in the third T20I and he continued his form into the first Test match.

Pakistan batting coach, Younis Khan, was impressed with the way Rizwan adjusted his game after the first two T20Is and lauded his performances with the bat. Younis said that the stand-in Pakistan captain reminds him of his playing days.

“When I see him, I see him, like me, struggling first and then regathering myself to find my game. It isn’t just about this Test match … even in the T20I series, when he was struggling in the first two games, it was like me struggling, and then I get to know my game and have to change a little accordingly.”

Younis said that his advice for Rizwan was to spend some time on the pitch and play his natural game and eventually, things will turn easy. Younis added that Rizwan is leading the team from the front and is mature enough to realize his strengths and weaknesses.

Rizwan has only played nine Test matches in his career but his maturity with the bat and excellent glove-work behind the stumps has propelled him as the leader of the team in absence of star batsman, Babar Azam.