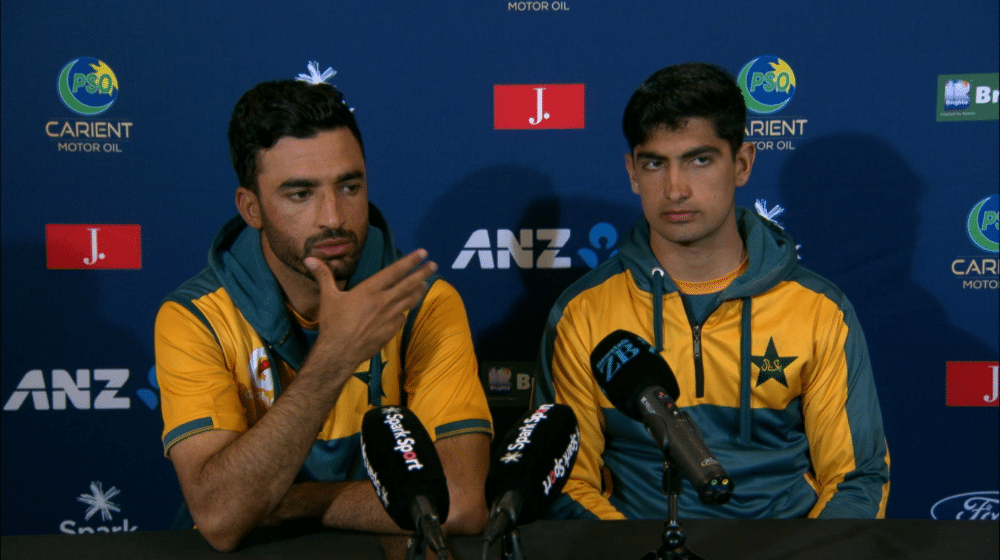 Pakistan fought hard in the first Test match, losing the match in the dying moments of the game. Therefore, fans were hopeful of a solid showing in the second Test match. Pakistan’s first innings total of 297 provided something for the bowlers to defend, but poor bowling and horrific fielding led to Pakistan losing the plot.

Pakistani fans are used to seeing Pakistan lose the plot and capitulate under pressure, but this defeat showed the lack of ability, tenacity, and planning.

To add to the agony of the Pakistani fans, the team management sent debutant Zafar Gohar and young pacer Naseem Shah to attend the official press conference. The team management did not step forward to take responsibility for the miserable display by the Pakistan cricket team and instead sent two youngsters to deal with the situation.

The Pakistani fans did not appreciate this and took to Twitter to channel their frustration.

On a disastrous day of cricket at the field, team management sends these two young players to face the media. Misbah Ul Haq should be sacked immediately for this shameless act. pic.twitter.com/jVUIHgnRKJ

Mature/experienced players or coaching staff should face the media, specially when team performs bad.. this is totally wrong, don't know what do they wanna prove by sending these 2 youngsters to talk to the media?

They can't face the media when they are at rock bottom. They should be held accountable

If they were in a winning position, then Misbah and Rizwan would have been straight in there.