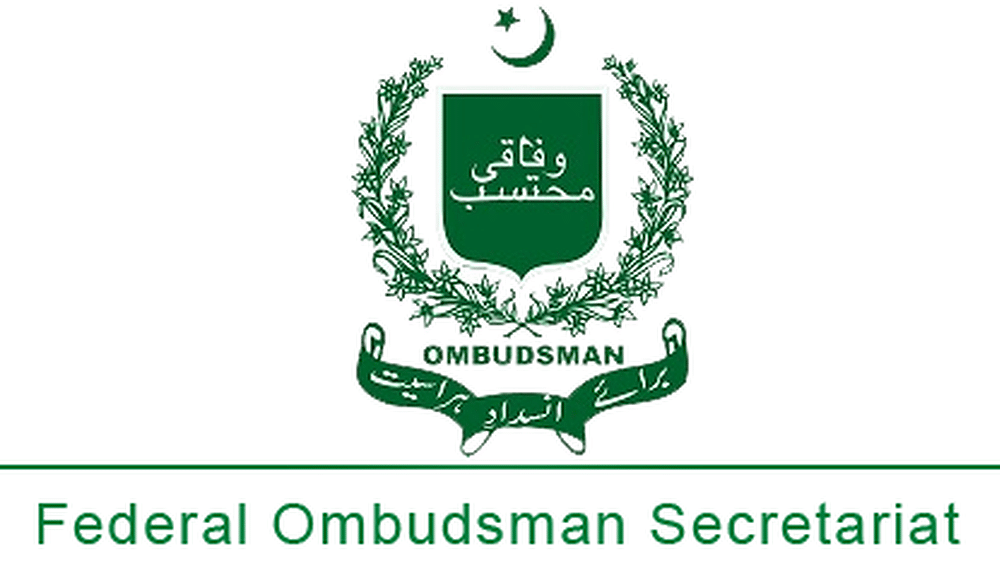 The Federal Ombudsman, Syed Tahir Shahbaz, has said that his office received the highest ever number of complaints during 2020.

He said that this was the result of its robust awareness campaign launched in the entire country, especially in the far-flung areas of Pakistan.

The Wafaqi Mohtasib Secretariat on the advice of the Honourable President initiated several innovative techniques through traditional and social media to increase awareness among the general public about the use of services being offered.

He was addressing a press conference in his office in Islamabad. He said that as a result of the awareness campaign, a 690 percent increase has been recorded in receipt of online complaints, which jumped from 11,289 in 2019 to 77,930 in the year 2020.

He said that despite the outbreak of COVID-19 and consequential squeezing of operations, almost all the complaints were processed and decided within the statutory period of 60 days.

He said that under the Outreach Complaints Resolution (OCR) Program, 6113 complaints were disposed of in the year, notwithstanding the temporary suspension or subdued operation of OCR from April to July 2020 due to the COVID-19 Pandemic.

Syed Tahir Shahbaz said that speedy and free of cost justice is being delivered at the doorsteps of the people by the institution of Wafaqi Mohtasib. He said that 89 percent of findings have been implemented during 2020.

He said that 1,103 Review Petitions were filed either by the complainants or the Agencies concerned against the findings of the Wafaqi Mohtasib in 130,112 disposed of during the year. The Review Petitions constituted only 0.84 percent of the total complaints decided.

He said that only 370 representations were filed to the President, which is only 0.28 percent of the decided complaints. He said that another Regional Office of WMS has recently been established in Kharan, Balochistan, to facilitate the people of the area to get their grievances resolved.

He said that he undertook periodic visits of a maximum number of regional offices to oversee and monitor the performance of Investigating Officers. He also paid visits to One Window Facilitation Desks at airports to monitor and streamline their functioning for the facilitation of Overseas Pakistanis.

The Federal Ombudsman also directed to streamline the systemic issues of CDA, FGEHA, PHA, and National Police Foundation, to ensure standardized construction work/development facilities and provision of hospital facilities in the new housing sectors. He also held several meetings with the Chairman NEPRA, OGRA, and CEOs of K-Electric, DISCOs, and MD SNGPL & SSGCL to resolve the issues causing public complaints against the utility companies.

He also said that he directed the Pakistan Post to digitize all Post Offices by February 2021 to avoid delay in the payment of profits against saving certificates issued to senior citizens and widows. The National Savings department has also directed to maintain its saving certificates as per Banking standards, and its profit should also transfer into the personal accounts of its account holders.

He said that due to his intervention, salaries of Passport Office employees in 15 Pakistani Missions abroad were released. He informed that on his directions, coordinated efforts were made by the Ministry of Interior, CDA, MCI, Wildlife Management Board, and the NDMA to implement a fire protection plan to control fire incidents at Margalla Hills National Park.

The return of stranded students during the corona pandemic in China, Kyrgyzstan, and Saudi Arabia was also made possible with the prompt help of the Ministry of Foreign Affairs.

He said that on the orders of the Supreme Court of Pakistan for early implementation of the recommendations of the WMS committee on Prisons Reforms, reports were obtained from the Provincial authorities, who informed that District Oversight Committees have been constituted, facilities for the prisons have been upgraded, more jails are being built in every district and automation to develop interface among jails, courts, and NADRA is being done for monitoring and verification of the prisoners’ record. Similarly, education and skill training facilities are being ensured and free legal aid, especially to under-trial prisoners, for appeal purposes is also being provided.

Drug addicts and hardened criminals are being kept separate from juveniles and women prisoners. He said that Eight Quarterly Reports have been submitted in the Apex Court on this score, and the court has appreciated the efforts of the Wafaqi Mohtasib in this direction.

He further said that his Institution has developed an interface with 170 Federal Government Agencies for better monitoring and expeditious resolution of public grievances. Any complaint, which remains unresolved with any Agency for more than 30 days is automatically transferred to the CMIS of the WMS.

97% of Federal Ombudsman’s Recommendations Were Implemented in 2019

He said that important activities of the WMS are regularly shared on social media, quarterly newsletter in English, and Urdu. He said that public awareness messages were also disseminated through PTA on mobile phones and PEMRA on electronic media.

He said that a Strategic Coordination Meeting to Strengthen Child Protection Mechanism was organized by the National Commissioner for Children of WMS at Lahore to deliberate on formulating a practicable way forward for prevention of violence and control of crimes against children and rehabilitation of victims of sexual abuse in the society.

He said that the National Commissioner for Children also prepared a study report on Kasur Tragedy, established a Rehabilitation Center at Kasur, and provided training to Police, Jail Staff, and Teachers on handling children’s issues.