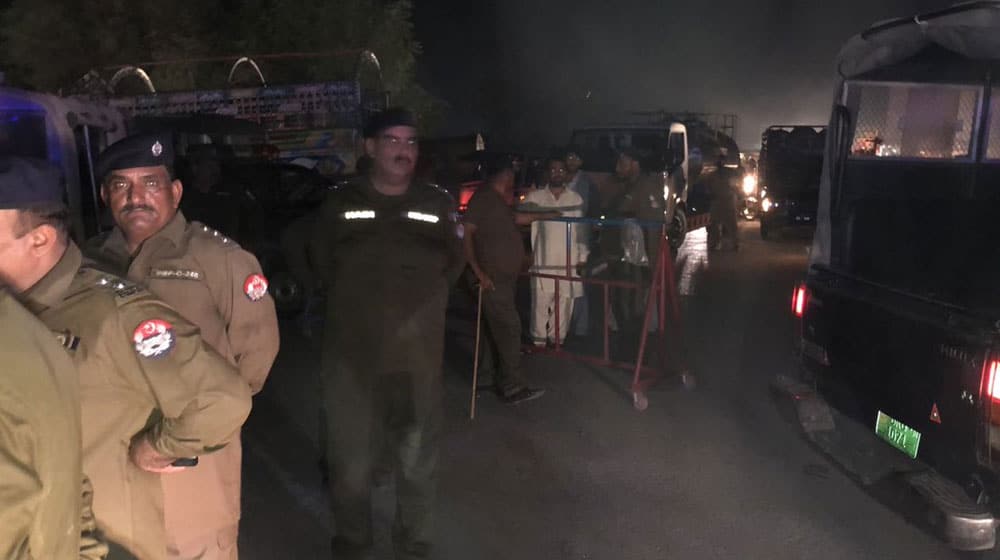 The Lahore Police arrested 60 of the top underworld dons in a nightlong crackdown across the city.

An updated list of the suspects had been provided to all the divisional superintendents of the police (SPs) and the city police had identified 73 top criminals, thugs, land-grabbers, and hitmen. A crackdown against them started in the early hours of Wednesday and continued for several hours in which the suspects were arrested from their houses, dens, and hideouts.

A huge cache of Kalashnikovs, rifles, pistols, and thousands of bullets were recovered during the raids and the police have lodged 44 FIRs against the suspects.

A report by Dawn.com quoting its sources saying that many of these dons are very influential and have been patronized by police officials, lawyers, journalists, and politicians.

Many of the hardcore perpetrators on the list are known terrorists in Lahore and have been involved in gambling, extortions, murders through hitmen, and taking over properties of poor and helpless citizens.

The Senior Superintendent (SSP) of the Lahore Police Investigation Wing, Abdul Ghaffar Qaisrani, said that the suspects had been running a parallel ‘justice system’ to settle cases of murder, robberies, kidnappings, and land-grabbing. They would also terrorize people to manipulate them into bringing issues to be settled by them.

“They would take fees/shares in cash from them (parties to the disputes) for deciding their cases,” the SSP said, adding they were responsible for the rising trend of crime in the city.

The SSP revealed that the operation had been launched on the directives of the Capital City Police Officer, Ghulam Mahmood Dogar. He also declared that the arrest of the perpetrators is a huge success for Lahore Police.

It was a massive exercise that we conducted because these hardened criminals had been deciding police cases by setting up their own courts at their dens/outhouses for money.

As per the police record, 27 suspects have been arrested from Gawalmandi, Shafiqabad, Shahdara, Lohari, Akbari Gate, and Naulakha, 13 from the Iqbal Town Division, and 12 from the Civil Lines Division.