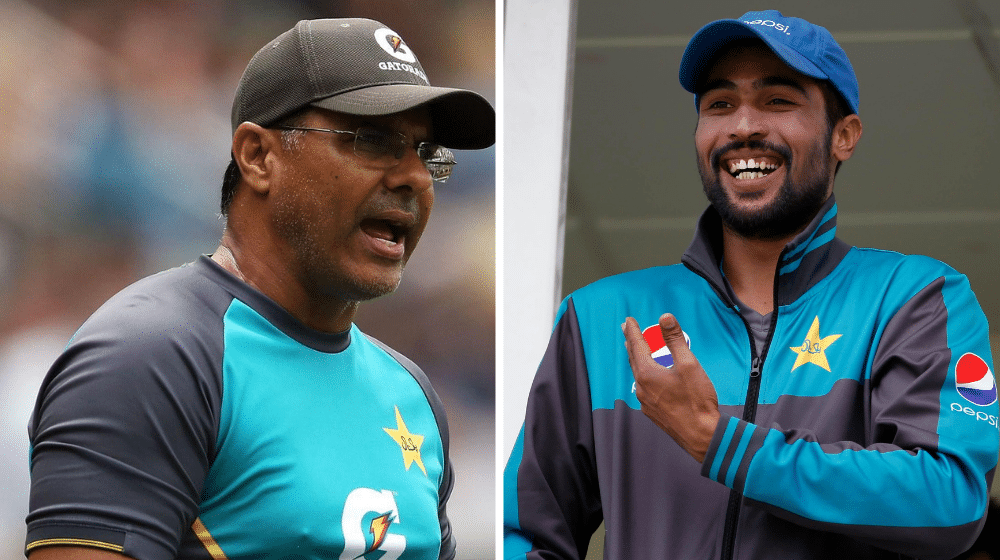 Bowling coach, Waqar Younis, is disappointed with the way Mohammad Amir decided to retire from international cricket. Waqar said that Mohammad Amir’s exclusion from the national team was based on his poor recent performances, and the management would have welcomed him with open arms when he regained his form and fitness.

Misbah Vs. Mickey – Who Was Pakistan’s Worst Head Coach? [Comparison]

Waqar said that any player in the world could suffer a dip in form, and the best way to regain the form is going back into the domestic circuit and proving your worth. Waqar said that no one is guaranteed a spot in the squad, and he had to go back to domestic cricket to regain his form multiple times.

Waqar added that Mohammad Amir is still a world-class bowler, but his recent poor form cannot be ignored.

Waqar said that he has been one of the biggest supporters of Mohammad Amir and fought for him with former Chairman PCB, Najam Sethi, for Amir’s inclusion back in the team after serving his five-year sentence for spot-fixing.

Waqar added that he also had a conversation with many other cricketers regarding Amir’s inclusion and told them that Amir deserves a second chance to represent Pakistan. Waqar said that Amir’s retirement from international is regrettable.

Waqar has recently been under fire for Pakistan’s poor performance on the tour of New Zealand, and there have been rumors that his time as bowling coach of the national team might be over soon. Waqar said that he has been under pressure for his whole life, and this is nothing new to him.

Waqar also talked about his early departure from the tour of New Zealand. He said that he had taken permission from the board before the tour as he had not seen his family for over seven months. He concluded that he has always played for his country. Further adding that he has not left the team before and has no plans to leave the team now.