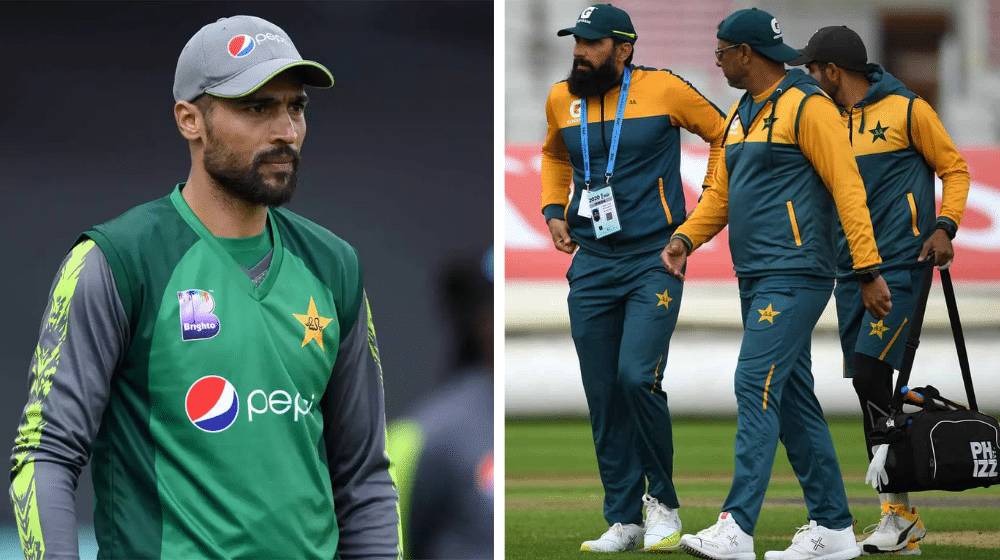 Pakistani fast bowler, Mohammad Amir, has hit back at the team management and reiterated that his decision to retire from international cricket is final. Amir said that he would not play under head coach, Misbah-ul-Haq, and bowling coach, Waqar Younis, under any circumstances.

Mohammad Amir hit back at the duo and said that they changed their statements in front of the media to portray themselves as the good guys. He added that he has been mentally tortured by the duo, and there is zero chance of him playing for the national team under them.

He added that Misbah and Waqar lack the mindset to be coaches. He called them great players but poor coaches. Amir said that it is not a given that a good player will be a good coach and said that the duo’s coaching and man-management skills are mediocre.

Ungrateful Amir Has Forgotten What I Did for Him: Disappointed Waqar Younis

Amir said that his exclusion from the national team was not based on his performances, adding that if that was the case, he would have no problem in going back to the domestic circuit and regaining his form back. He said that he has faced much larger setbacks in his life, but he has always worked hard to make a comeback.