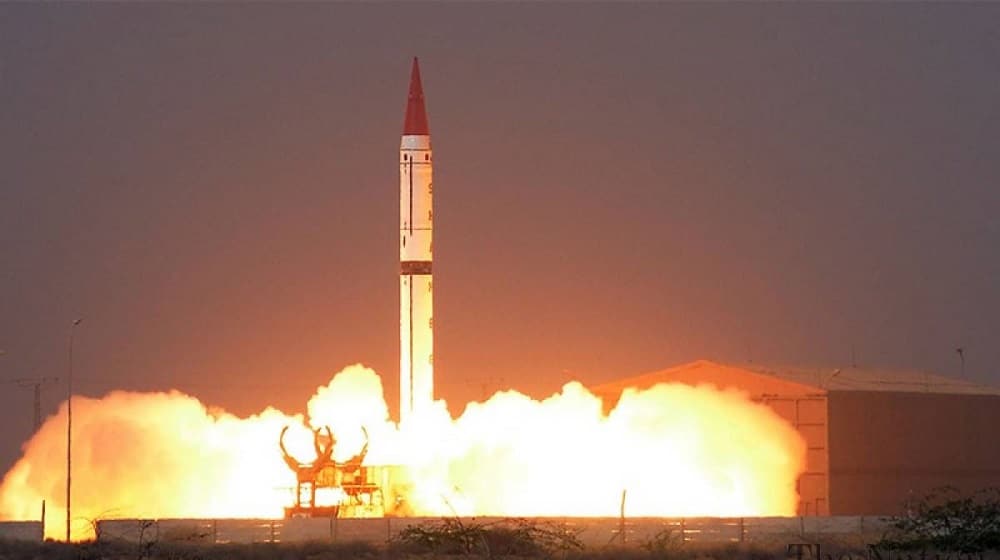 On Wednesday, Pakistan Army conducted a successful flight test of the Shaheen-III surface-to-surface ballistic missile capable of carrying nuclear and conventional warheads up to 2,750 kilometers.

According to DG ISPR, Major General Babar Iftikhar, the test flight was aimed at re-validating the various design and technical parameters of the weapon system.

Chairman Joint Chiefs of Staff Committee congratulated scientists and engineers on the conduct of this successful test.

While addressing the occasion, General Nadeem Raza asserted that Pakistan desires peaceful co-existence in the region and its strategic capability is to deter any aggression against the sovereignty of Pakistan.

He appreciated the technical prowess, dedication, and commitment of scientists and engineers, who contributed whole-heartedly in making the missile launch successful.

Besides, President, Prime Minister, COAS, and the two Services Chiefs have also congratulated the scientists and engineers on conduct a successful test of the Shaheen-III missile system.