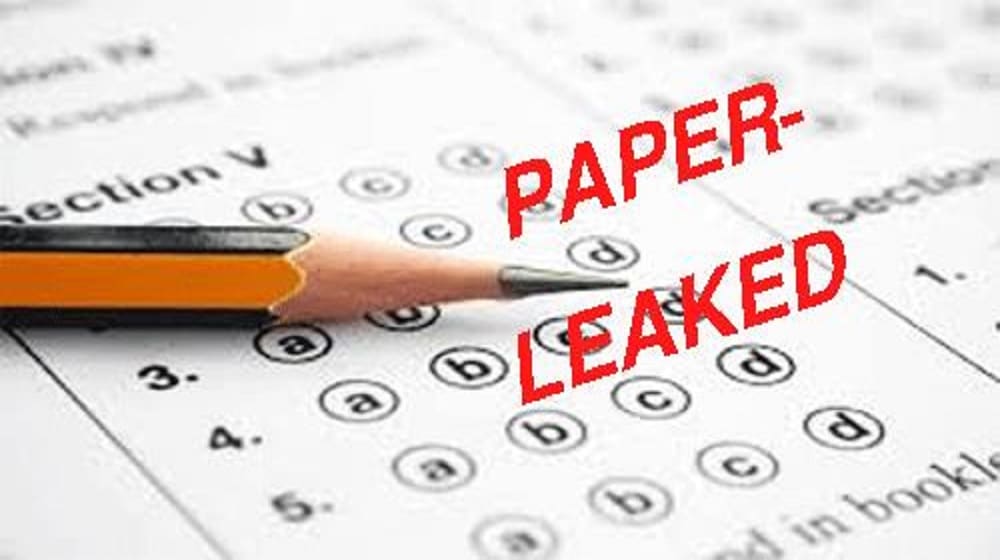 Minister for Elementary and Secondary Education Department (ESED) KP, Shahram Khan Tarakai, has summoned National Testing Service (NTS) officials to inquire and ascertain the truth behind the news of the paper leak.

According to details, NTS had scheduled the test for the posts of CT in ESED on 24 January.

However, the question booklet of the test was leaked a night before the test.

Students Protest Against Full Fees Despite Closure of Universities

Applicants claimed that NTS had leaked the papers in connivance with certain powerful elements in order to facilitate some applicants linked with the latter.

Now, the ESED is probing the incident and the NTS officials will help the Education Minister to identify NTS officials involved in leaking the question booklet.