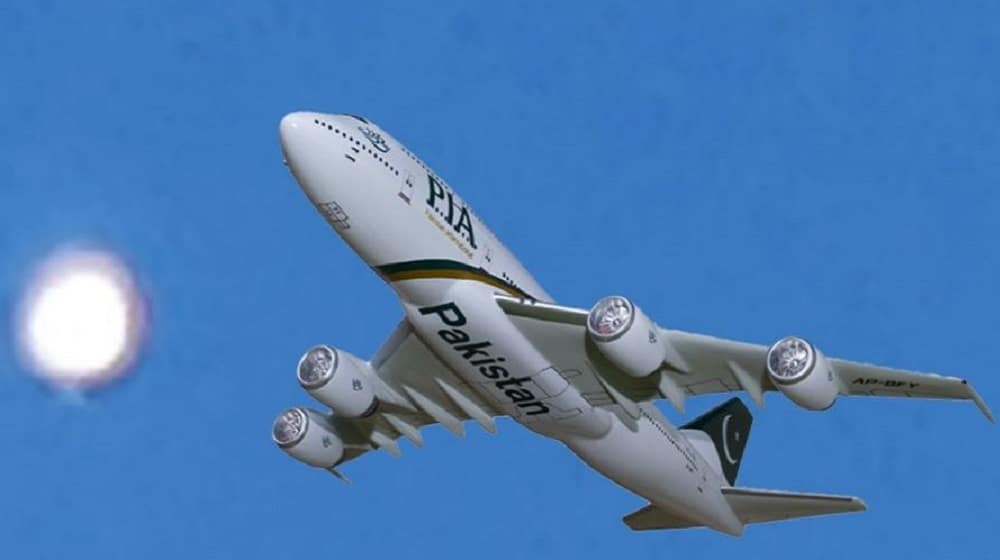 On Sunday, Pakistan International Airlines (PIA) pilots spotted a “foo fighter” in the skies of Karachi.

The term “foo fighter” was used by Allied aircraft pilots during World War II to describe various UFOs or mysterious aerial phenomena seen in the skies over both the European and Pacific theaters of operations.

Chinese Vaccine Sinovac to Arrive in Pakistan on 31 Jan

According to details, the PIA aircraft was flying at 35,000 feet when the flight captain noticed a white round object above the jet.

The flight crew immediately started filming the object and after landing found that similar sightings had been reported in the past across the world.

The flight captain said that the round object had a metal ring around it and was emitting white light from the center.

He added that it was difficult to determine whether the object was hovering or moving slowly due to relative motion.

While sharing the video of the incident, UFO hunter and Blogger, Scott C. Waring, noted that PIA pilots have provided the most focused photo of a “foo fighter” in the history of UFO research.

Scott said that it proves that aliens follow planes and keep a close eye on human activities.

Here is the video of “foo fighter” spotted in skies above Karachi by PIA pilots.