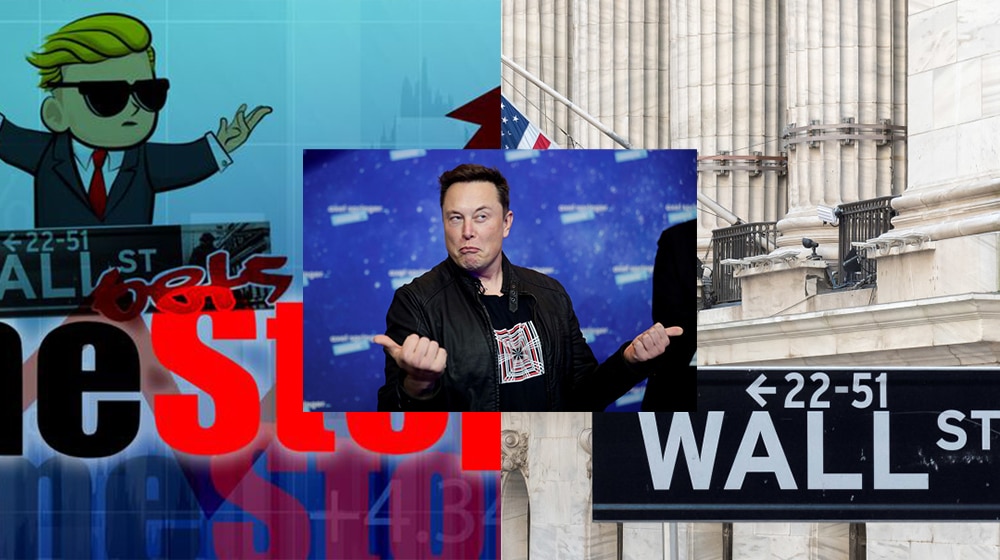 A raging battalion of layman traders on Reddit has rattled Wall Street firms over a stock option that is breaking records.

Some might argue that “the future was supposed to belong to Bitcoin, not video game store stocks”, but according to some eye-popping statistics, Redditors known as ‘r/WallStreetBets’ have threatened to decimate Wall Street’s hedge funds that shorted a mall-based video game retailer’s stocks.

Before the end of 2020, a single share in GameStop (the game retailer) had been selling for $18.84. However, today, it closed at $147.98, and has risen 50 percent higher since the close of today’s trading, with the stock currently costing more than $220.

This impact is now spreading to other stock options and scampering big-time Wall Street hedge funds that were so upset by the events that analysts and investment groups had to call for collusion, a ban on memes, and a complete shutdown of the stock forums on Reddit.

Experts have spoken on the matter – many have lauded the movement while others have fallen prey to competitive emotions. Steve Cutler, a partner at Simpson Thacher and the ex-chief of the Securities and Exchange Commission (SEC), said in a statement,

Meanwhile, whenever Elon Musk tweets about anything in particular, people go crazy. Following the Reddit trade uptick like everyone else, Musk voiced his approval with just one word and caused a frenzy. We entrust the rest to your imagination:

Musk had merely tweeted about the stock and it jumped as high as $192 within hours. Currently, the price has surged to $220, and if the market reopens in the same range, the Wall Street hedge fund Melvin Capital will go bankrupt because the capital worth $13.1 billion will be transferred from Wall Street to REDDIT’S TROLLS.

/r/WallStreetBets about to blowup another hedge fund, this one valued at $13.1 BILLION before the Reddit trolls decided to all buy GameStop lol pic.twitter.com/aONX0SwEwb

According to a report in Financial Times, the Securities and Exchange Commission (SEC) has been directed to investigate whether Reddit users had been making false claims to manipulate investors into buying the stocks. Other reports suggest that the commission is likely to also investigate if these Reddit users (or traders) had been paid by firms to rally behind GameStop.

Whatever the case, although any investigation for the SEC could take months, it has refused to comment on the matter for now and is working on a plan to “review and co-operate with valid law enforcement investigations or actions as needed”.

A Whirlwind of Dramatic Trends

In summary, perhaps the worst stocks that are worthy of investment are currently offering the biggest returns in history. Reddit is in the process of making memes on the AMC stock that has been dormant since the pandemic hit. 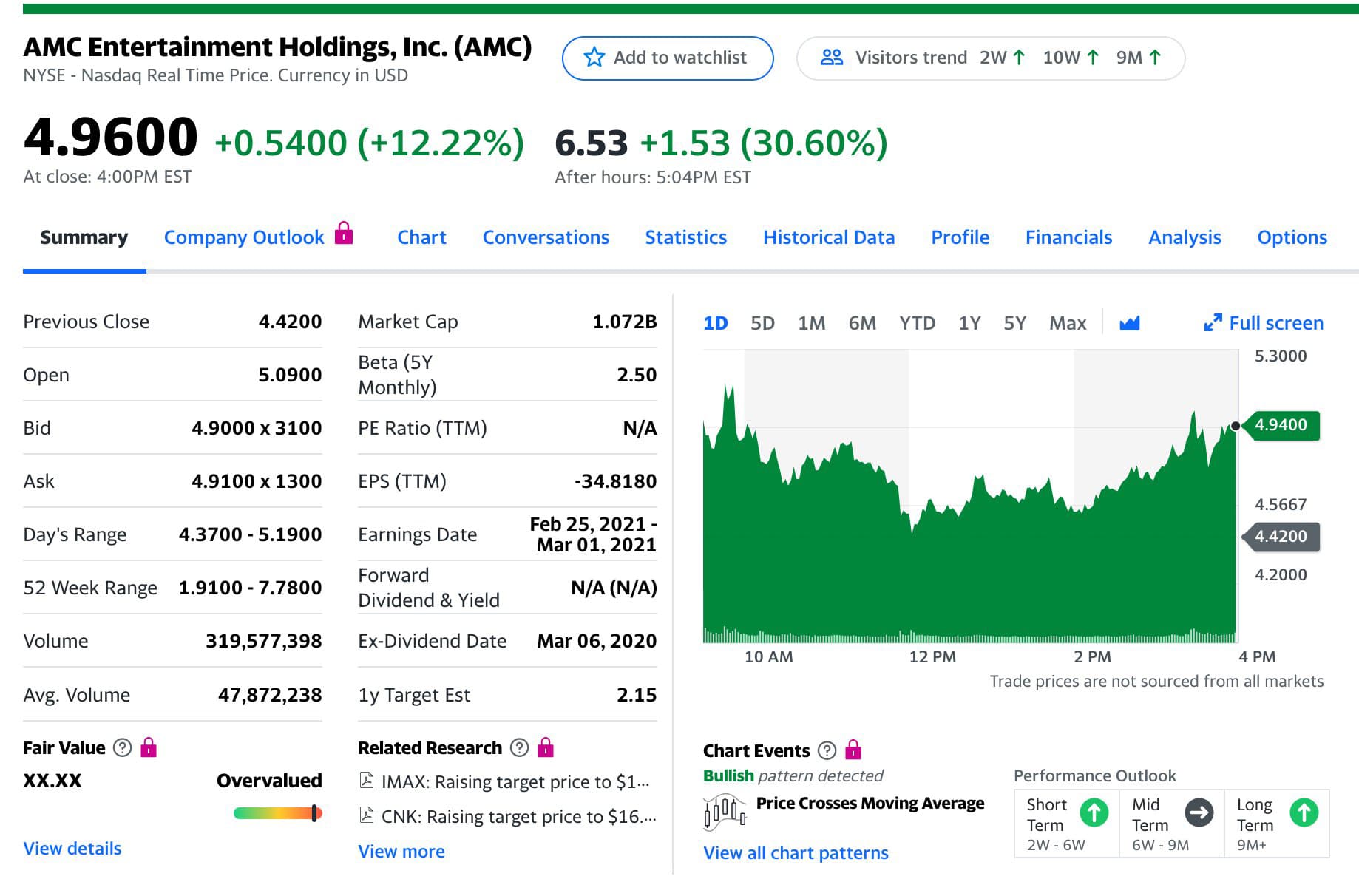 $4 Billion Worth of Crypto-Cash Projected to Expire this Week

The ugly truth for Wall Street (WS) investors and stockbrokers is that hedge fund managers prefer to live in the past and look down on the retail investors whose bread and butter is as basic as penny stocks. WS investors believe that the average kind is gambling its money away without the knowledge of either finances or the market.

In addition to these hedge funds being raided for everything they have or own, an individual turned his investment/gambling account on Reddit into $22 million overnight.

For now, Wall Street guns have vowed to short GameStop $GME despite backlash in the form of potential financial disasters. 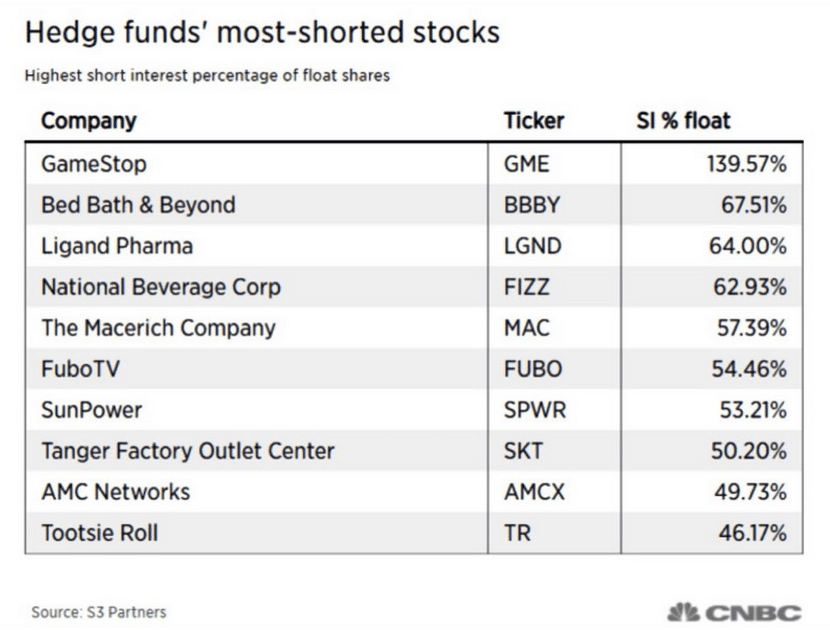 “The price action we’re seeing on r/wsb regarding GameStop is largely driven by the resentment the vast majority of Americans hold towards Wall Street & the banking system as a whole,” William LeGate, the CEO of decentralized prediction market PredIQt who’s been a Bitcoin holder since 2013, told Decrypt.

“The rich get richer, and whenever anything fails, the Fed just prints more money and distributes it to Wall Street, not Main Street,” he said, referencing quantitative easing during the 2008 and 2020 financial crises that injected money into the banking system. “Many Americans, particularly the newer generations, have lost trust in our banking and financial systems which are widely perceived to be rigged against working-class Americans.”