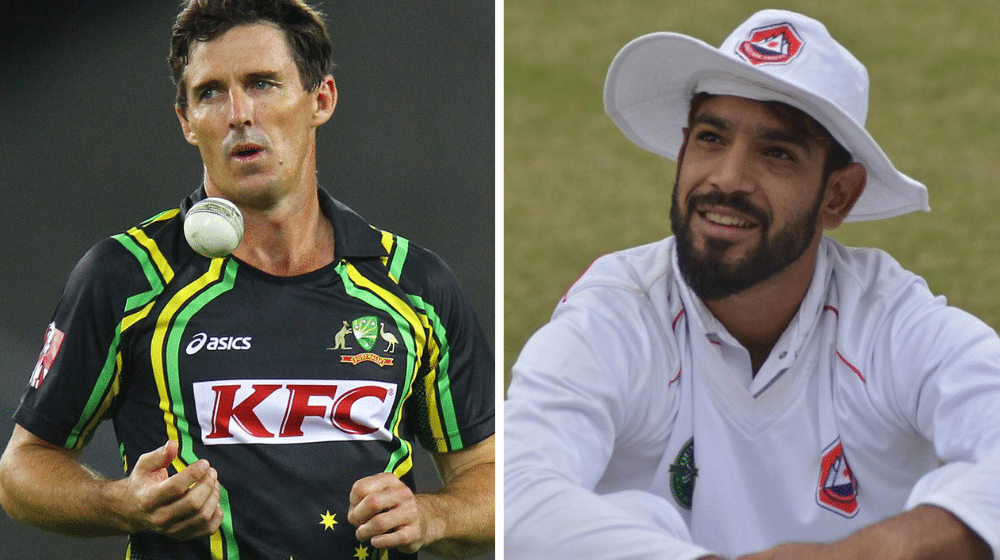 Former Australian spinner, Brad Hogg, believes that Haris Rauf could be a useful addition to the playing eleven in the second Test match between Pakistan and South Africa at Rawalpindi Cricket Stadium.

Hogg said that Haris’ extreme pace and the ability to reverse swing the ball can add an extra dimension to the Pakistan bowling unit and can prove to be useful at a stadium that is deemed to have pace-friendly conditions.

Shocking Stat: When Was the Last Time a Pakistani Fast Bowler Took 200 Wickets?

Hogg replied to a tweet by a user and backed the inclusion of Haris in the starting eleven.

“If Haris Rauf was to play due to extra pace, then he would replace Nauman, which creates the temptation to rotate Faheem for Nawaz for the extra spin option to exploit the South African vulnerability. Interesting times for the selectors,” Hogg replied.

Agreed. If Haris Rauf was to play due to extra pace, then he would replace Nauman, which creates the temptation to rotate Faheem for Nawaz for the extra spin option to exploit the South African vulnerability. Interesting times for the selectors. #PAKvSA #Cricket https://t.co/CFfOb1SQ0U

Hogg also praised left-arm spinner Nauman Ali’s bowling in the first Test match and appreciated his variations according to the condition of the pitch. Hogg also said that Nauman deserves to play in the second match and expects Haris Rauf to come in place of the fast bowler, Hasan Ali.

Nauman Ali picked up five wickets in the second innings of his debut Test match and became the 12th Pakistani bowler to do so.

Don't mind that. The way Nauman adapted to the changing conditions throughout the last test there is a big case he should stay in. Rauf with pace and hopefully reverse swing would be exciting to watch. #PAKvSA #Cricket https://t.co/1W5ZUm5rll

Haris Rauf’s selection in the Test squad has raised a few eyebrows in the cricketing fraternity. Former chief selector, Inzamam-ul-Haq, and former fast bowler, Aaqib Javed, questioned his selection and remarked that Haris is a limited-overs specialist and hasn’t had enough experience with the red-ball to be picked in the national Test squad.

Haris has only played three First-Class matches, picking up seven wickets. Current chief selector, Mohammad Wasim, believes that Haris has what it takes to perform at the top level in red-ball cricket.