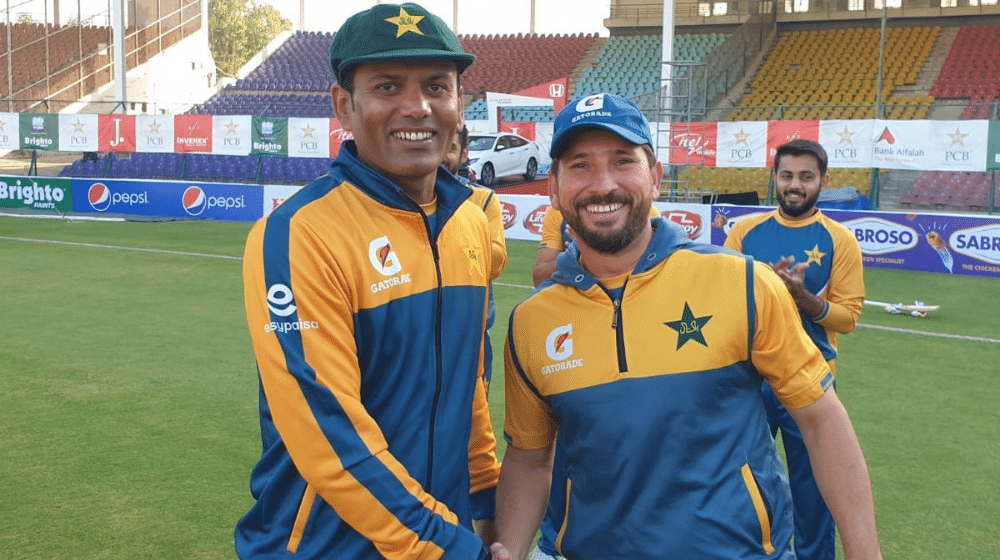 Pakistan head coach, Misbah-ul-Haq, has hinted that Pakistan might drop one of the spinners in the second Test match at Rawalpindi Cricket Stadium. The decision regarding the team selection will be based on the condition of the pitch.

Misbah said that despite brilliant performance in the first Test by both the frontline spinners, it is not guaranteed that both of them will start the second Test match.

“We are open for change if needed and it’s not compulsory to play a spinner just because he did well in Karachi. If it’s quite evident that the surface isn’t suiting a spinner, we are ready to bring in a fast bowler,” Misbah said.

Misbah added that Pakistan will look to gain the maximum advantage of the home conditions, and are hoping that the pitch is prepared according to their preferences. He said that the conditions in Karachi are very different to Rawalpindi, and historically, Rawalpindi offers a lot more assistance to the seamers as compared to the spinners.

Rawalpindi’s pitch is usually a lot more greener than Karachi, but recently it has been exposed to a lot of sunlight over the past few days. Misbah believes that it is a good thing, and the pitch will be a lot more dry than usual, which will be in line with what Pakistan wants.

If Pakistan decides to drop one spinner in the second Test match, then either Tabish Khan or Haris Rauf will be handed a debut. Both the fast bowlers were called up to the Test squad for the first time and will be raring to go if selected for the playing XI. The pitch might offer a lot of assistance to Rauf who can come in handy with his pace and reverse swing.