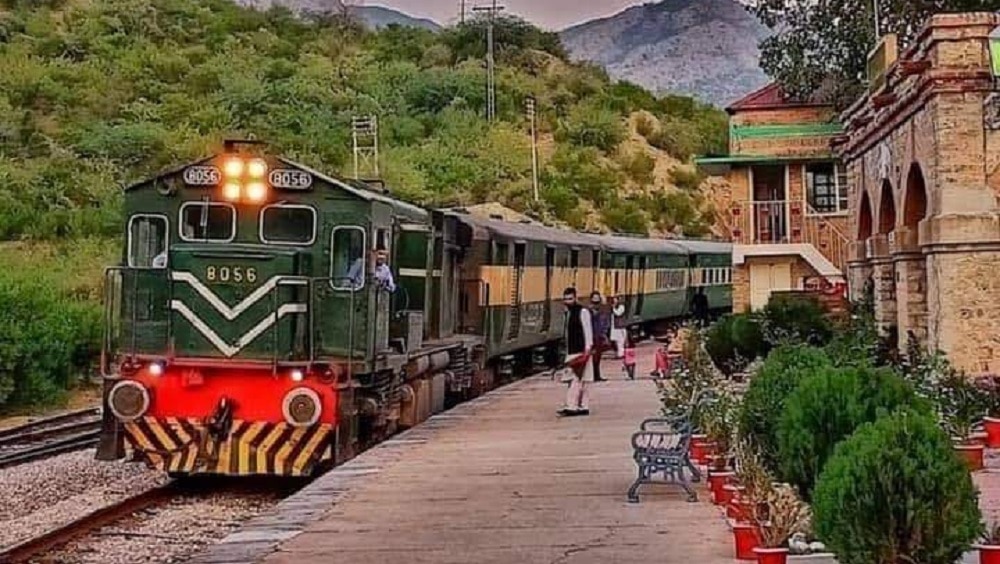 In order to promote tourism across the Potohar region, Pakistan Railways has launched Safari Tourist Train which runs between Golra and Attock Khurd railway stations.

The safari train will operate on every Friday, Saturday, and Sunday, allowing the tourists to explore the beauty of the Potohar region, consisting of Margallah Hills, Sangjani tunnel, and many historical bridges.

On Sunday, Senate Chairman, Sadiq Sanjrani, and Minister for Railways, Azam Khan Swati, inaugurated the tourist train at the Golra railway station that was built in 1882.

While speaking with media outlets before embarking for Attock Khurd, Chairman Senate lauded Pakistan Railways for launching the safari train and said the launch of safari train is a vital step towards promoting the culture and beauty of the country.

He suggested Pakistan Railways play a leading role in promoting tourism in the country by launching similar safari trains in different regions of Pakistan.

The Railways Minister said that the ministry launched the safari train to promote the culture, civilization, and heritage of the Potohar region, adding the ministry will launch more safari trains across the country.