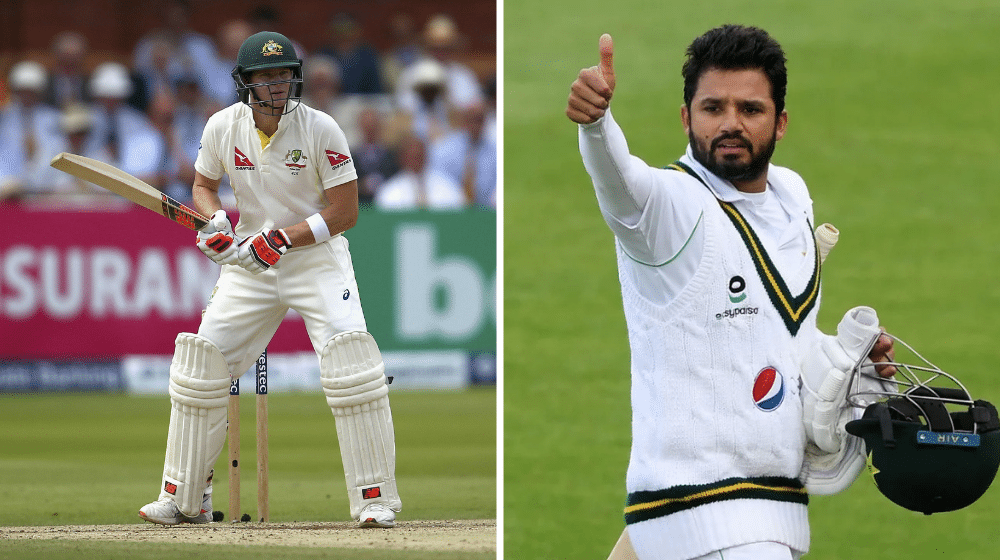 Hafeez Speaks Up on Reports of Feud With Sarfaraz

Watch the hilarious video below:

Before copying the batting stance of Ijaz Ahmed, Azhar talked about the impact Ijaz has had on his career. Azhar appreciated the way Ijaz groomed him and said that he has played an important role in Azhar’s journey to the international side.

Herschelle Gibbs Opens Up On ‘Unfair Expectations’ From Babar Azam

Azhar made his Test debut for Pakistan in 2010 and since then he has been a mainstay in the middle-order of the national side. He has scored 6,417 runs in 85 matches at an average of 42.78, including a triple-century against West Indies in 2017.

He has also had the honor of leading the national side in the Test and ODI formats. His Test career has been impressive and he currently is the fifth highest run scorer for Pakistan in the longest format.