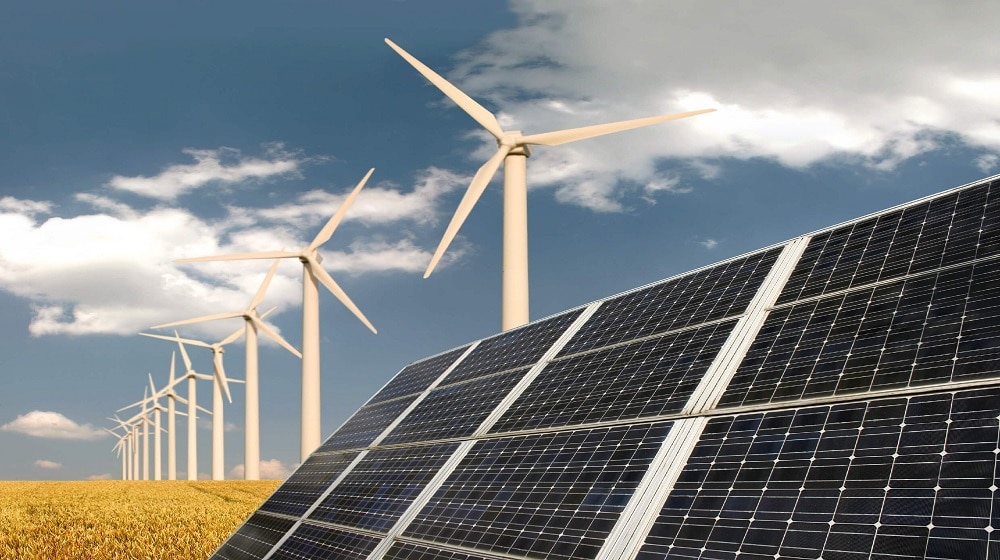 A recent study by the World Bank has revealed that Pakistan has huge potential to generate solar and wind power.

It revealed that only 0.071 percent of Pakistan’s area will be utilized for solar photovoltaics (PV) to meet the current electricity demand of the country, and highlighted that the country has abundant wind resource potential with several known wind corridors and average wind speeds of 7.87 m/s in 10 percent of its windiest areas to generate wind energy.

A study was conducted by the World Bank’s team of consultants from Tractebel in mid-2018 at the request of the government to determine the solar and wind energy that would be utilized and added to the national grid while taking into account its cost and variability.

The study found that solar and wind power should be expanded immediately to at least 30 percent of Pakistan’s total electricity generation capacity by 2030, equivalent to around 24,000 MW, which will result in fuel savings equivalent to $5 billion within 20 years and will lessen greenhouse gas emissions.

The use of these renewable resources will make electricity cheap, and Pakistan will attain greater energy security.

The study has set the government’s target for solar and wind energy at 20 percent of the total capacity by 2025, and 30 percent by 2030.

The study recommended carefully setting solar and wind projects to utilize the surplus substation capacity and to make significant investments including building hybrid solar and wind parks to achieve the set target.

Furthermore, the study revealed that of all the provinces especially Balochistan is potentially  Pakistan’s “golden goose” if it wants to achieve significant solar and wind development.

It also noted that the work ahead requires the need to introduce competitive bidding to reduce costs, invest in new transmission infrastructure, and implement operational changes.