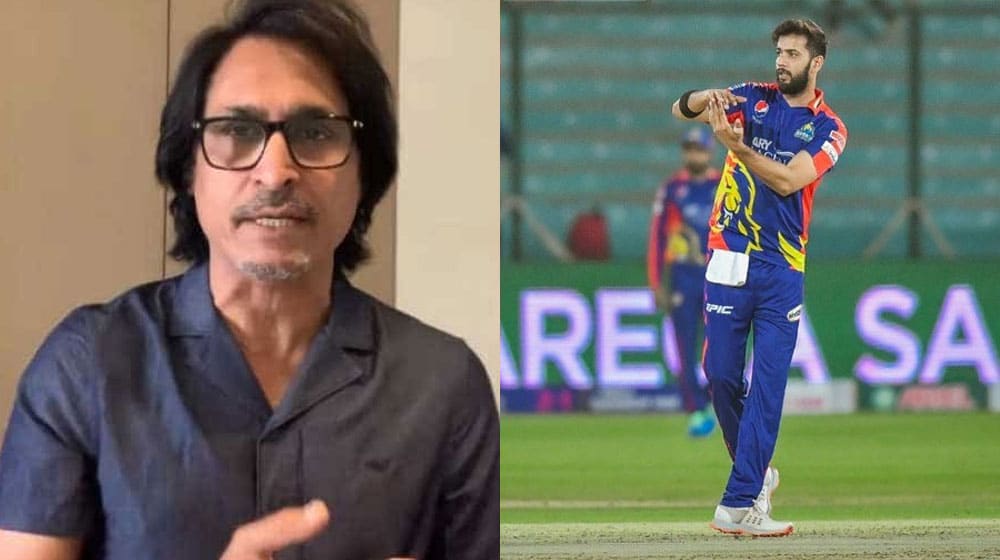 Speaking on his official YouTube channel, Ramiz opined that Imad, with his proactive captaincy, could have exerted more pressure on Lahore when they were 3 down for 30 in the early stages of the innings on Sunday.

Mohammad Amir conceded a lot of runs in the penultimate over and the strategy could have been a little better by Imad Wasim. When Lahore Qalandars lost 3 wickets for 30 runs at that point strong captaincy was needed and should have ended the game for Lahore Qalandars.

Knowing that Fakhar and Dunk were the two threatening players who could take the game deep and hurt them in the latter part of the innings, Imad should have bowled another over from Mohammad Amir, especially when he was in such a rhythm.

“Mohammad Amir is Karachi King’s best bowler and chases become easier in the latter part of the game,” Raja said.

Gayle Has Got Competition As Wiese Takes On The Shalwar Challenge

Imad, who is predominantly a bowling all-rounder, decided not to bowl at all in the game which raised plenty of eyebrows. He can be a threat in the Powerplay overs, however, his decision to bowl Mohammad Nabi his full quota of overs was heavily criticized.

However, he was all praises for the high-quality competition the two sides put on display in the high-voltage game at the National Stadium in Karachi.

Nonetheless, it was a highly competitive contest, the weather was pleasant and, the PSL has lightened up after this match between Lahore Qalandars and Karachi Kings.