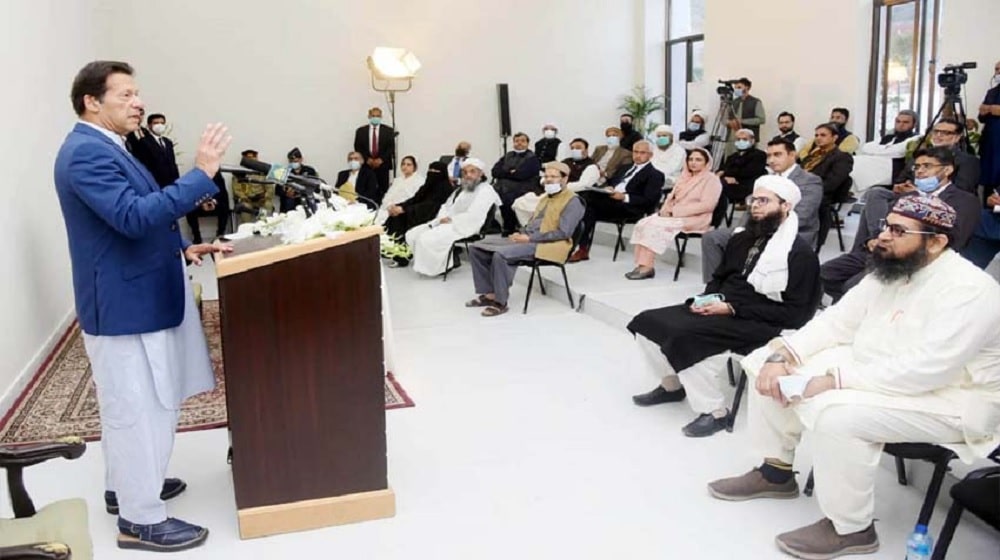 The premier addressed the inaugural ceremony and highlighted how education is fundamental to the growth and development of a nation.

He also expressed his hope that Al-Qadir University would follow the golden principles of Islam to become a research hub and a character-building facility.

PM Khan said that the university, which has been established on the pattern of Egypt’s Jamia Al-Azhar, will be a role model for the youth, and that the research carried out at the institution will be disseminated to other educational institutions across Pakistan.

He added that the university will begin its academic activities by September and notable Islamic scholars including Syed Nasir Hussain and Hamza Yousuf are on the board of the university to ensure the promotion of Seerat-un-Nabi (Peace Be Upon Him) and the teachings of Sufi saints.

KU in Hot Waters Over Lack of Ph.D. Faculty Members

The PM hoped that the university would grant scholarships to hardworking and deserving students to allow them to pursue their higher education and contribute to society.

Besides this, he also planted a sapling in the university as part of the tree plantation drive.