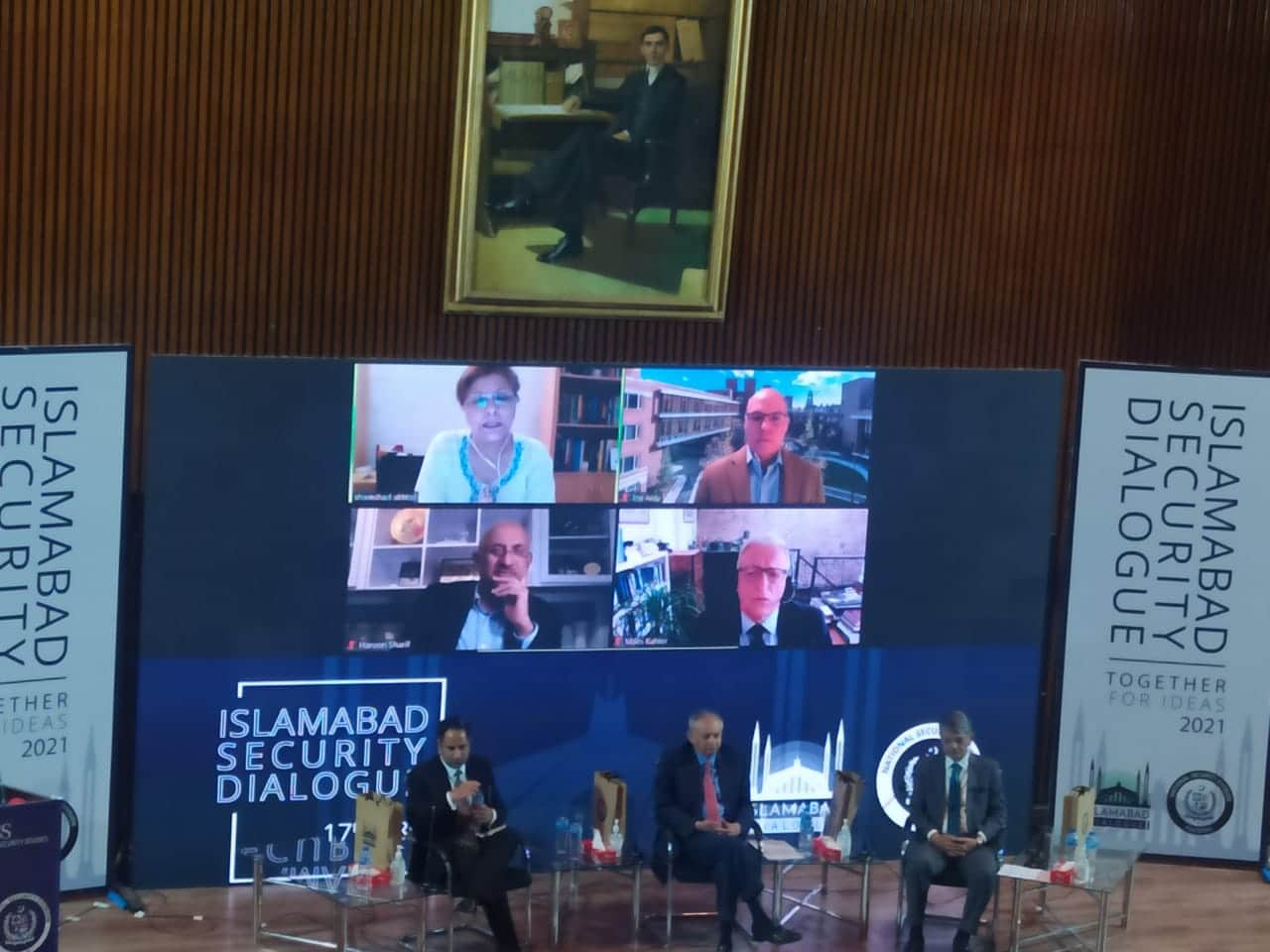 “A strong economy will enhance country’s power and hence will strengthen National Security.” This was stated by Razak Dawood, Advisor to Prime Minister on Commerce and Investment.

He was addressing the Second Session of the Islamabad Security Dialogue. He said that history has shown that economic backwardness leads to social conflicts and political turmoil, and therefore, weakens national security. He stressed that loss of Economic Security leads to erosion of national sovereignty.

The Islamabad Security Dialogue is a two-day conference organized by the National Security Division. It aims to define the country’s new strategic direction in line with the Prime Minister’s vision of peace, regional connectivity, and development partnerships with the world.

“Import substitution leads to the creation of a critical mass, and this leads to exports – a vibrant and large private sector. A particular point that is missing in our context is the concept of very large corporate groups. One can see enhanced economic security created in Korea, Malaysia.’’

He said that a strong industrial base has to be supported by Energy, Agricultural, Food, and Financial Security, which are vital to Pakistan’s Economic Security. Most countries build their economic security by trading with their neighbors, which makes Trade, Connectivity, and Trade & Economic Diplomacy. He said that the recent economic engagement with Afghanistan, Uzbekistan, and Central Asian Republics was a step in this direction.

He called on the Forum to come up with an Economic Security Index and a Forecasting Model incorporating important parameters of the economic security. He said that this would help realign the relationship between various elements of Economic Security and lay the foundation for a strong economy with robust technology-driven industrial infrastructure.

The two-day Islamabad Security Dialogue will bring current and former officials and local and global policy experts under one roof to debate Pakistan’s critical national security issues and generate ideas shaping worldwide society and the future of human civilization.