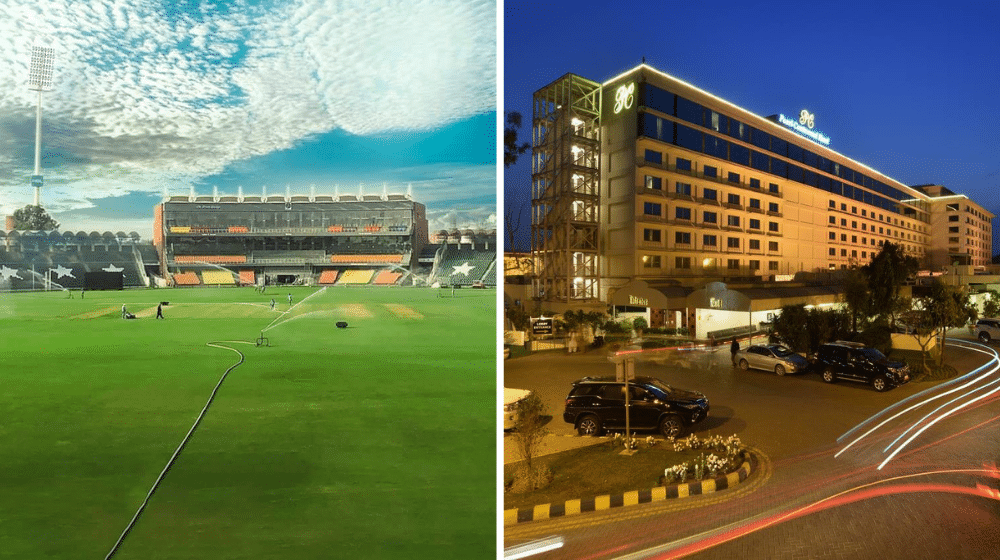 Pakistan Cricket Board (PCB) and Sports Board Punjab have agreed to construct a five-star hotel near Gaddafi Stadium Lahore to provide better security to the visiting teams and avoid road closures. Currently, the visiting international teams stay at five-star hotels in various parts of the city, which leads to the roads being closed for the public as a security measure.

The movement of players will no longer be an issue, and the roads will be open for the public during the matches at the Gaddafi Stadium.

The decision to construct a five-star hotel was taken during a meeting between DG Sports Punjab, Adnan Arshad Aulakh, and Senior GM Administration, Colonel (R) Ashfaq Ahmed. A High-Performance Center is also set to be constructed alongside the hotel.

“The general public faces great difficulty due to road closures. The movement of the players will no longer be a security issue as they will be provided with all the facilities at the hotel,” Aulakh said.

The construction of a five-star hotel near the stadium will also resolve the issue of the management of the bio-secure bubble. The global pandemic has raised several challenges for cricket boards, and PCB has been at the forefront of such challenges.

The sixth edition of the Pakistan Super League was postponed recently due to rising COVID-19 cases within the six franchises and mismanagement of the bio-secure bubble.

Further details regarding the construction of a five-star hotel near Gaddafi Stadium will be provided by the authorities.