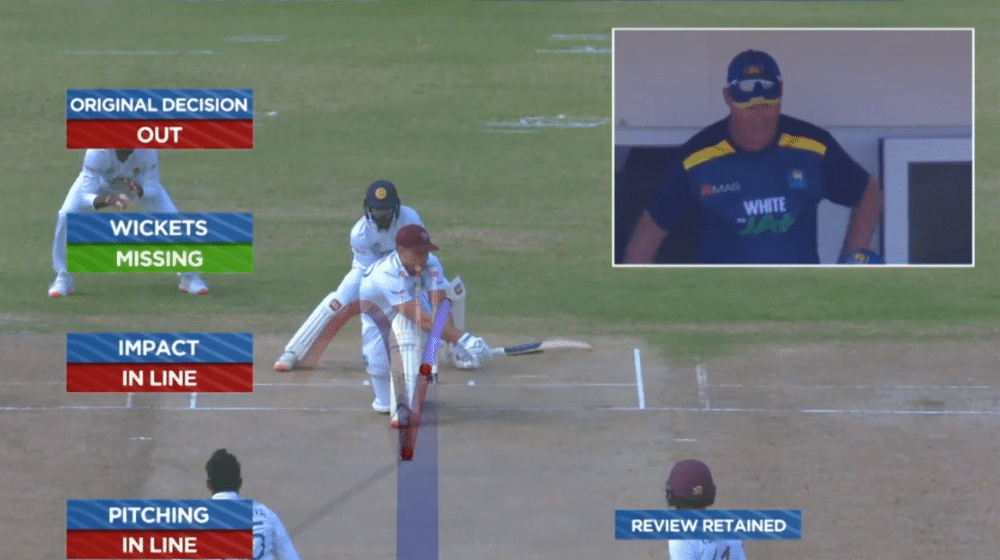 The Umpire Decision Review System (DRS) was first introduced in world cricket in 2008 to assist the on-field umpires with their decision-making. It was like a breath of fresh air as the errors were minimized, and more often than not, the right decision was made. However, recently question marks have been raised in the cricketing fraternity on the accuracy and the manipulation of the DRS.

One aspect of the DRS is the hawk-eye, where the path of the delivery can be predicted with a 2 percent error margin. The technology on its own is magnificent, but the cost of using it is too high for a majority of the cricket boards. According to the famed cricket journalist Dr. Nauman Niaz, most of the countries use similar software, which is a cheaper alternative to the hawk-eye. The worrying thing about this software is that it can be manipulated manually.

One such instance came on the first day of the second Test match between West Indies and Sri Lanka. DRS was called into action as the West Indian wicket-keeper batsman, Joshua Da Silva, was trapped leg before wicket (LBW) by the Sri Lankan off-spinner, Dhananjaya de Silva. The trajectory of the delivery looked like the ball was hitting the stumps, but the DRS showed the delivery to be missing the leg stump.

In this case, the pitch impact point is mapped (manually) before it takes place and the same is done before the ball hits the pad changing the angle of the ball and the distance it has to travel before hitting the stumps.

Watch the video of the incident below:

This is not a one-off incident. The infamous match between Pakistan and India in the 2011 ICC Cricket World Cup semi-final at Mohali had a similar incident. Pakistan’s former off-spinner, Saeed Ajmal, to this day is baffled at how the ‘hawk-eye’ manipulated the LBW of Sachin Tendulkar. The delivery looked like it was hitting the stumps, but according to the hawk-eye, the delivery would have missed the top of the stumps.

Similarly, other aspects of DRS and the standard of umpiring have been questioned lately as well. In the recently concluded Test series between India and England, there were many instances of poor officiating. The England captain, Joe Root, and Head Coach, Chris Silverwood, were unhappy at the standard of umpiring and approached the match referee to have a look at the incidents.

The latest episode of poor umpiring was on display in the T20I match between Bangladesh and New Zealand. Bangladesh was chasing in a rain-affected match, but they were not made aware of the target until the ninth delivery of their innings. The match officials were unable to calculate the revised total as Bangladesh had already started their innings.

In the current global pandemic, ICC decided to go ahead with home umpires instead of neutral umpires. The move has certainly raised a question mark in the cricketing fraternity, and the sanctity of the gentlemen’s game has been put into doubt.