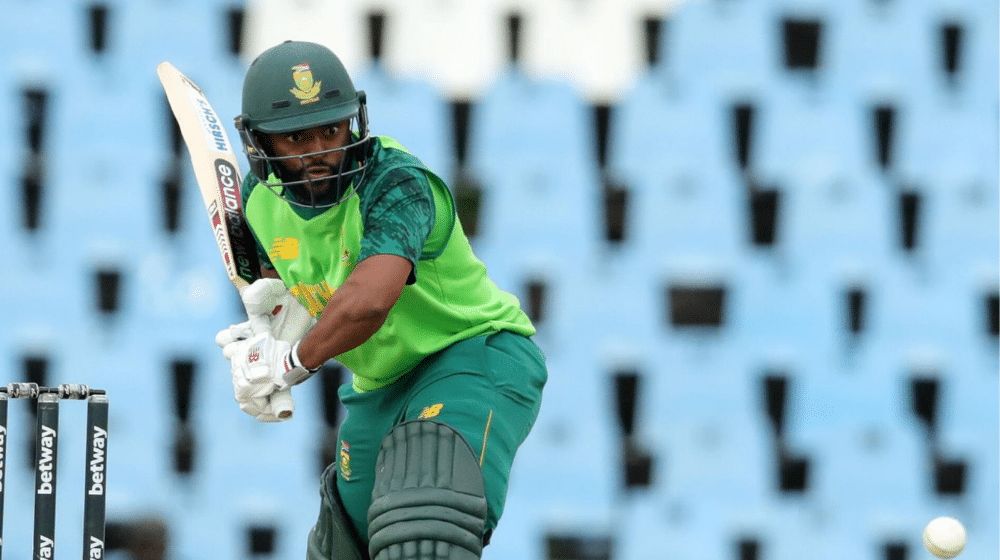 South Africa’s limited-overs captain, Temba Bavuma, has been ruled out of the upcoming T20I series against Pakistan. Bavuma is set to miss the highly anticipated series after suffering a grade one hamstring strain in the third ODI between the two countries.

Wicket-keeper, Heinrich Klaasen, has been announced as the captain for the upcoming T20I series in place of Bavuma. Klaasen was also the captain of the T20I side that faced Pakistan in January 2021.

Elsewhere, Reeza Hendricks, Dwaine Pretorius and Rassie van der Dussen, have already been ruled out of the series due to various reasons.

South Africa will already be without five of their main players including Quinton de Kock, Kagiso Rabada, Lungi Ngidi, Anrich Nortje and David Milller, as they have traveled to India to take part in the Indian Premier League.

The updated Proteas T20 squad is as follows: