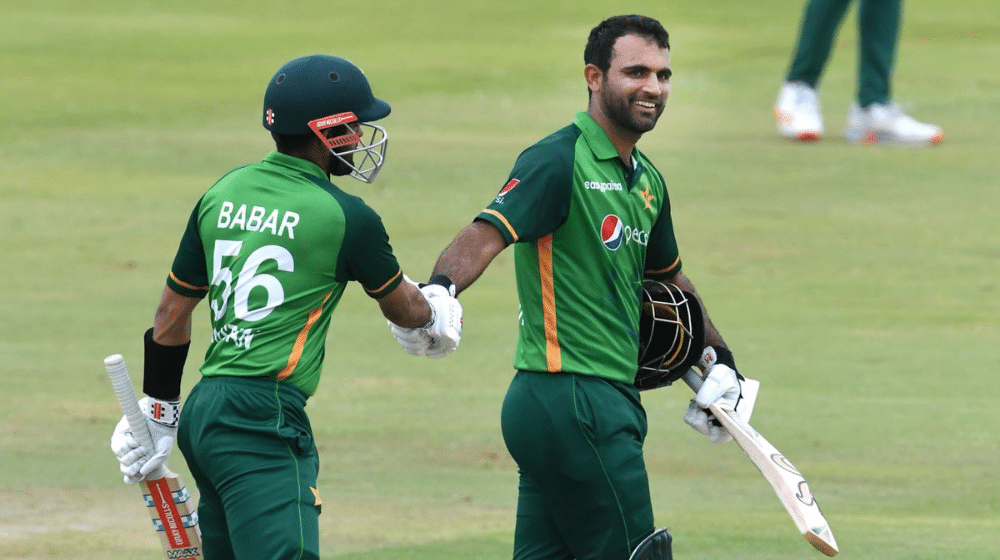 Pakistan’s top-order of Fakhar Zaman, Imam-ul-Haq, and Babar Azam has been in great form and their prowess was on full display in the recently concluded ODI series against the Proteas in South Africa. All three batsmen performed exceptionally well, with Fakhar Zaman scoring two centuries, Babar scoring one century and one half-century and Imam-ul-Haq pitching in with couple of half-centuries.

The combination of the three players provides a solid spine to the batting order and sets up the platform for the middle-order and lower middle-order to fire on all cylinders at the back-end of the innings. Although the fragile middle-order has failed recently, but the blame cannot be put on the top order.

Pakistan’s ODI Side Has a Lot of Room for Improvement: Younis Khan

All three batsmen deal with pace bowling with relative ease, and according to the statistics, they are among the top five batsmen with highest averages against pace. Imam-ul-Haq leads the charts for the highest average against pacers, he averages at 65.0, he is followed by Fakhar Zaman, who averages 58.8 against the pacers. Pakistan captain, Babar Azam, comes in at the fifth spot, averaging 48.4 against fast bowling.

Let’s have a look at the top five batsmen with highest average against pace bowling:

While Fakhar and Imam generally struggle against spin bowling, Babar Azam maintains his average against them. Babar looked to have struggled against spinners such as South Africa’s, Keshav Maharaj, and India’s, Kuldeep Yadav, but his solid strike rate and ability to overpower spin puts him in the top five highest averages against spin bowling as well. He averages 90.1 against the spinners, which is the second highest in the world.

Let’s have a look at the top five batsmen with highest average against spin bowling:

Pakistan will be hoping that their top-order keeps on firing and provides them with the solid base at the top of the order for the upcoming 2023 ICC Cricket World Cup. Pakistan have won four out of six matches and currently sit at the second spot in the ICC Cricket World Cup Super League, only behind England on Net Run Rate.