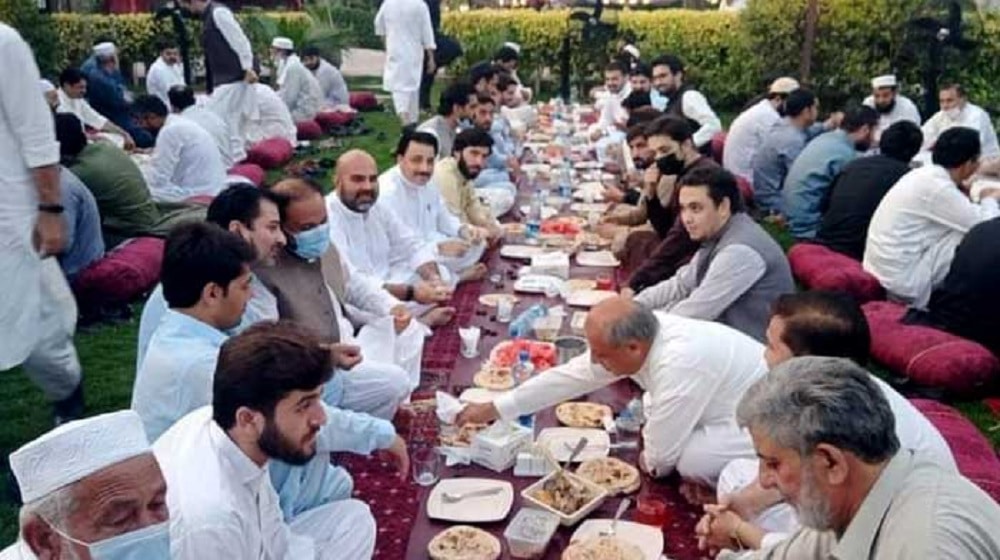 The government of Khyber Pakhtunkhwa has taken action against its Minister for Health and Finance, Taimur Saleem Jhagra, for attending an iftar dinner which was in violation of the coronavirus standard operating procedures (SOPs).

Despite the provincial government banning all public gatherings and dining at restaurants across the province, Minister Jhagra was captured in pictures at the Hujra Restaurant on Ring Road near Hayatabad with at least 50 other people at an iftar dinner. All the attendees were noted to be sitting together with no regard for social distancing.

The pictures of the minister have gone viral, followed by a justifiable public uproar considering that Jhagra had ironically been tweeting continuously about following the SOPs.

The district administration took immediate notice of the situation, sealed the restaurant, and lodged a case against Jhagra, the hotel manager, and the owner.

In his defense, Jhagra took to Twitter to state, “I was invited to a private iftar with what I was told would be a few close friends. I was neither aware of the number of people who ended up being there, nor the location until I reached it. I understand the hurt and anger caused”.

NCOC Shuts Down All Tourist Activities During Eid Holidays

“I am proud that this is a government where a sitting minister is expected to face the law, and I will not shy away from the legal process,” he added.