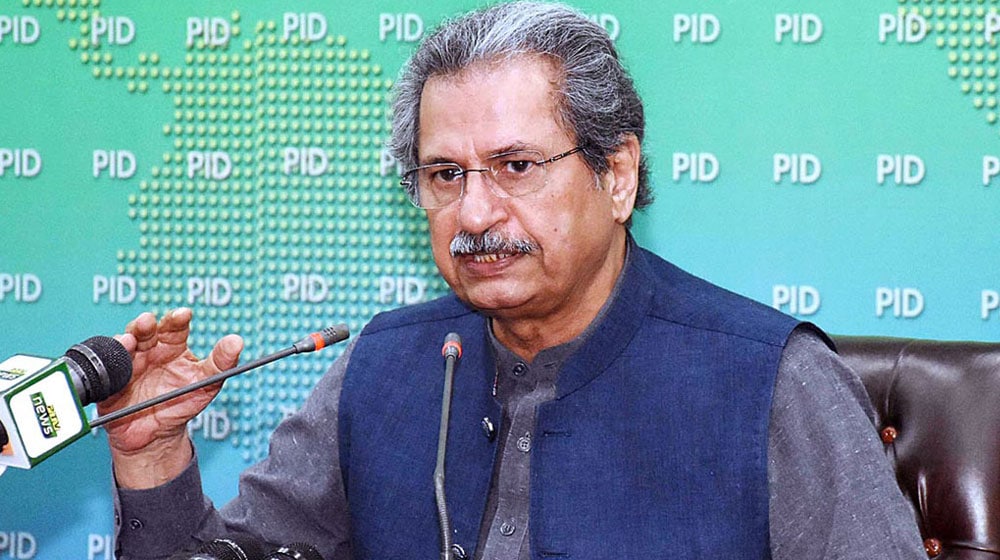 The Federal Minister for Education and Professional Training, Shafqat Mahmood, has stated that awarding grades to students without examinations is impossible.

He said this during a televised interview on Sunday night and added that the authorities had witnessed irregularities in the grading system last year when students were promoted without examinations during the first wave of the pandemic in Pakistan.

Regarding the examination policy, Mahmood said that he is not the sole decision-maker and that all the decisions are taken in consensus with the provincial governments at the National Command and Operation Center (NCOC).

Admitting to anomalies in the grading system, the minister said that many top-performing students had been given lower grades last year. He vowed that there will be no free grades for anyone this year and that examinations will be held at all costs.

The minister maintained that the British Council had held examinations in October with strict adherence to the COVID-19 standard operating procedures (SOPs) last year.

Mahmood said that the decision to conduct examinations for the Cambridge students will benefit the students themselves, in spite of which certain students who want to pass out without sitting examinations misbehave with him on social media.

At first, they were debating about prioritizing health, but they are demanding grades now.

A number of parents are also in favor of examinations and are requesting the concerned authorities to conduct them as their children have completed their preparations.

He also emphasized that the Cambridge examinations are being organized by the British Council and not by the federal government.

Minister Mahmood said that universities are in the loop regarding the change in admission policy, and affirmed that the students who sit the examinations in October will be eligible to enroll.

“Last year, five million students had been promoted without exams as in this situation, children will stop continuing to study. Grades will not be awarded to anyone without appearing in the exams. We will try our best not to waste the academic year of the children and they will get admission,” he said.

The federal minister said that the NCOC head, Asad Umar, has been asked to immediately begin the vaccination of school educators.