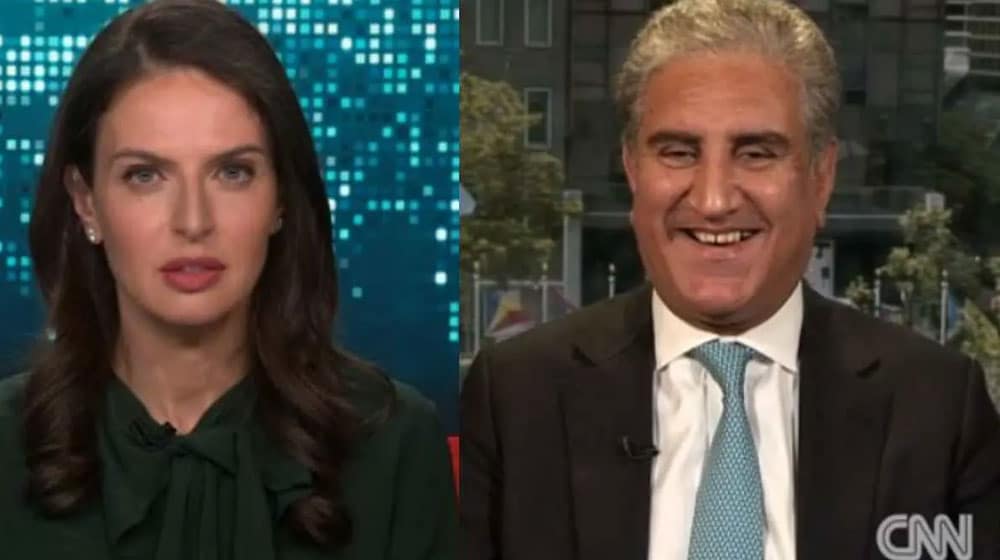 The Foreign Office of Pakistan has come in support of the Foreign Minister, Shah Mahmood Qureshi, over his bold remarks against Israel in an interview on CNN.

During an interview with the US news channel on Thursday, the Foreign Minister remarked that Israel has deep pockets and controls media.

The remark was conceived as an anti-Semitic slur by the anchor, Bianna Golodryga, a Jewish immigrant, who tried to push back Qureshi with cross-questioning.

FDE Announces Decision on Reopening of Schools & Colleges in Islamabad

The anchor then tried to corner Qureshi, but he stood by his stance, saying, “Well, you see, the point is, they have a lot of influence, and they get a lot of [favorable] coverage.”

The anchor then shared a short clip from the interview, accusing the Foreign Minister of constructing anti-Semitic remarks.

Following the development, the Twitterati came in support of Shah Mahmood Qureshi, defending his words as ‘anti-Israel’ and not anti-Jewish.

The same was conveyed by the Foreign Office in its recent statement on Friday.

“The right to freedom of expression must be respected equally by everyone,” the statement added.