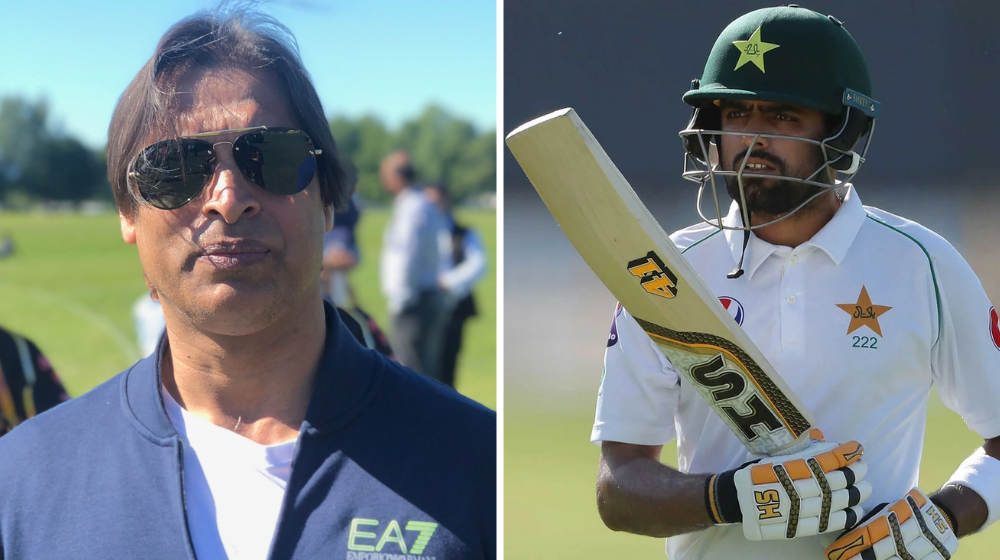 Former fast bowler, Shoaib Akhtar, advised Babar Azam to keep his head up and stay positive after a poor showing in the Test series against Zimbabwe. Akhtar said that it is clear that Babar is trying his best, and he should continue his hard work to get back in form.

Mohammad Amir Announces His Decision on Playing for England

Babar scored only two runs at an average of one in the two innings he played in the two-match Test series against Zimbabwe, getting out on a duck in the first match and scoring only two runs in the second match. The poor series saw Babar drop from sixth to tenth in the ICC Test rankings.

Akhtar said that every batsman in the world has to go through some tough times in their career, and it is important to stay positive during this time.

“Sometimes, it happens that you can’t score runs, but I’m sure Babar is trying his best. We expect a lot from him, so we should try to stay positive,” Akhtar said.

He scored a magnificent century in the ODI series against South Africa before registering his first-ever T20I century against the same opponent, leading Pakistan to a historic series victory in both formats.

His performances in the ODI format saw him reach the summit of the ICC ODI batsman rankings, displacing Virat Kohli’s three-year reign at the top of the charts. He also became the fastest player in the world to score 2,000 T20I runs, taking only 54 innings to achieve the feat.