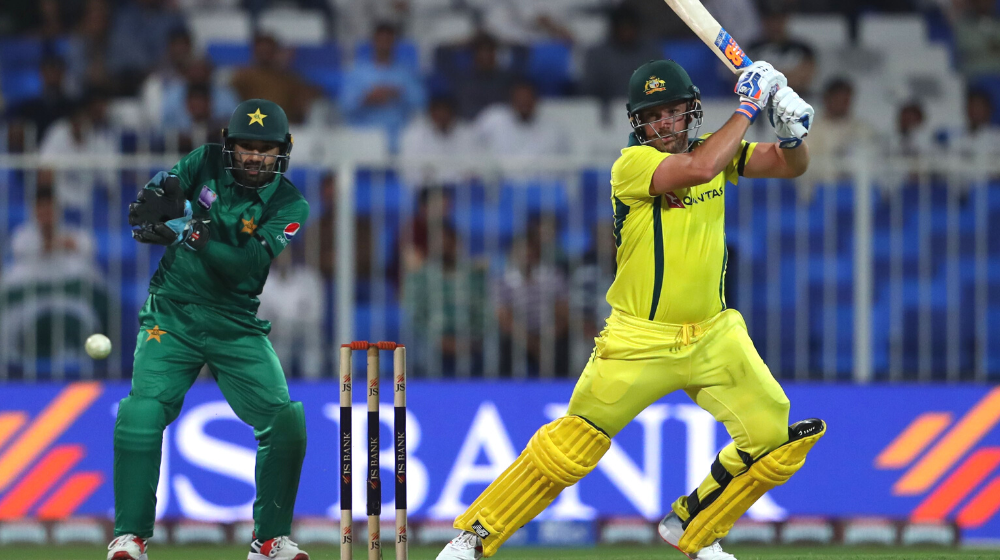 The ever-growing popularity of the Pakistan Super League (PSL) is taking the cricketing world by storm as many international players have recently expressed their interest to play in the league.

Kiwi opener, Martin Guptill, and Australian middle-order batsman, Usman Khawaja, are the latest additions to a star-studded league and will be making their debuts in the remainder of PSL 6.

Hasan Ali Opens Up on Horrors of Bowling to Rohit Sharma

Finch held a question and answer session on the popular social media platform, Instagram, where he was asked about his plans to take part in the PSL in the future. Finch replied, “Hopefully one day”. 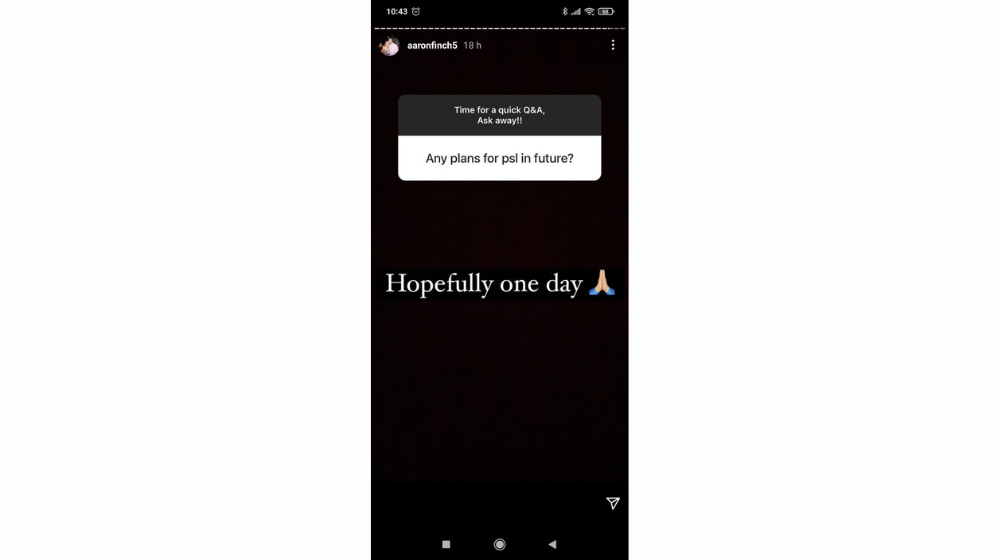 The 34-year old is one of the most flamboyant T20 opening batsmen in the world. He is currently ranked number two in the world in T20Is and has been Australia’s go-to guy in the shortest format of the game. He will be an exciting addition to an already star-studded league.

During the Q&A, Finch was also asked about the toughest bowler he has faced in his international career. Finch revealed that former Pakistan off-spinner, Saeed Ajmal, has been the toughest he has faced as of yet. 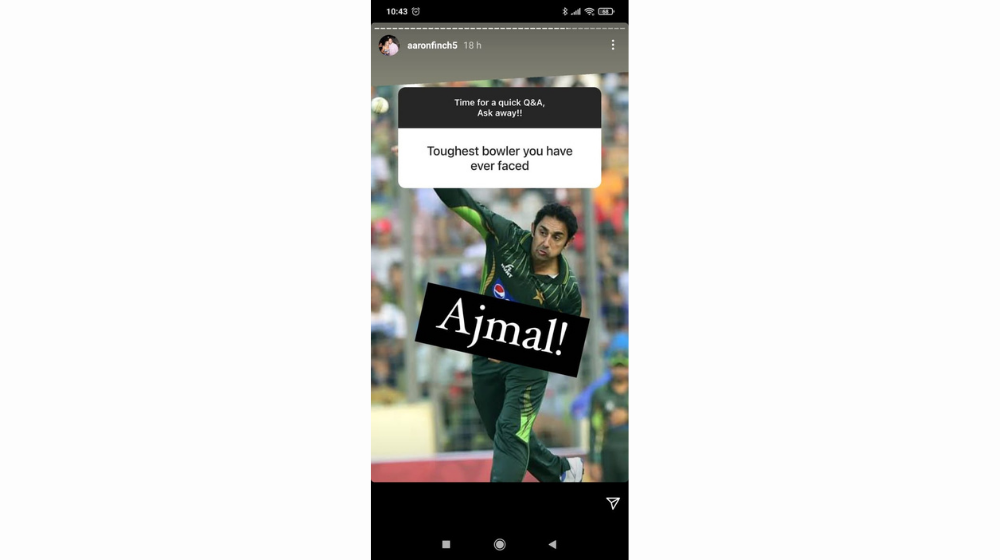 Finch will be seen in action in Australia’s upcoming tour of the West Indies. The tour will include a five-match T20I series and a three-match ODI series, scheduled to begin from 10 July. 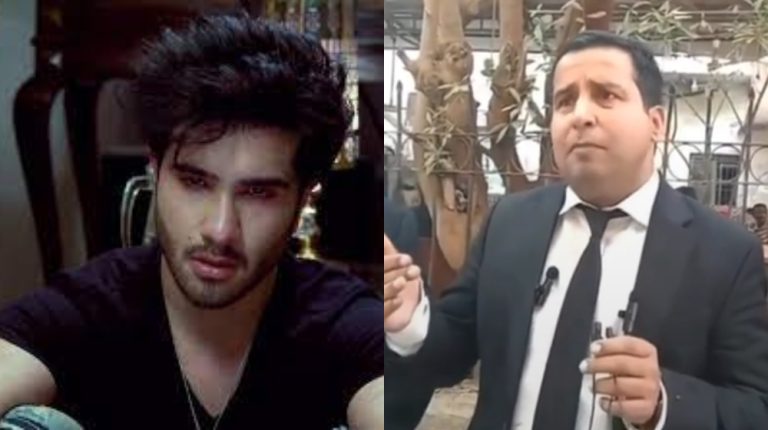