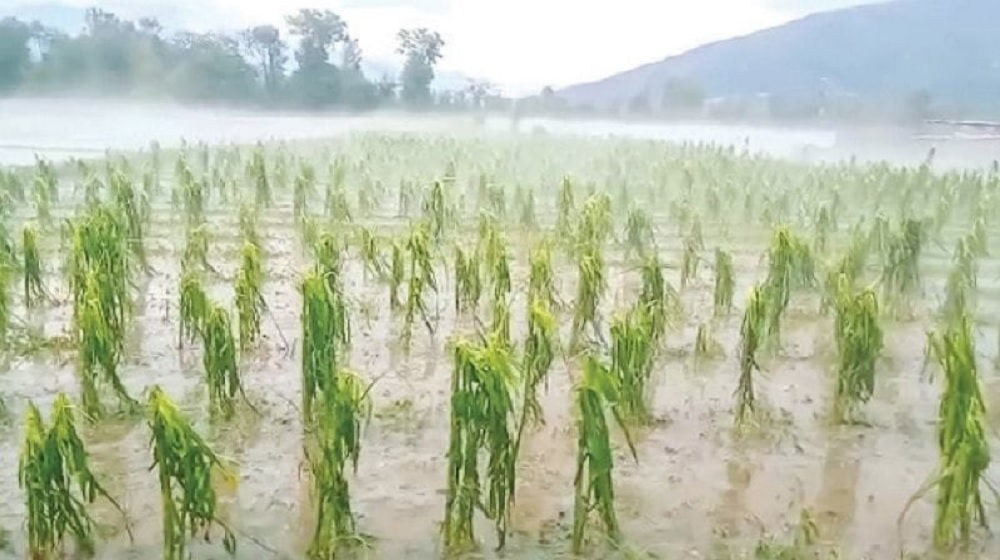 Heavy rains and a hailstorm wreaked havoc on the farming community in the district of Upper Swat on Sunday, destroying crops and causing a loss of Rs. 7 billion.

According to a research report by the Agriculture Department, the severe weather severely damaged peach, plum, apricot, and persimmon orchards, and wheat, onion, and other crop fields.

The department decided to conduct a survey and assess the damage after receiving reports about the massive destruction caused by the weather.

Swat to Get 4G Services Soon

Roughly 60 percent of the peach crop in the district had been destroyed by heavy rains and hailstorms last year.

Dr. Muhammad Ayaz, the Director of the Agriculture Institute Swat, said, “Colorful peach produced in Swat accounts for 80 percent of the production of the fruit in Pakistan”.