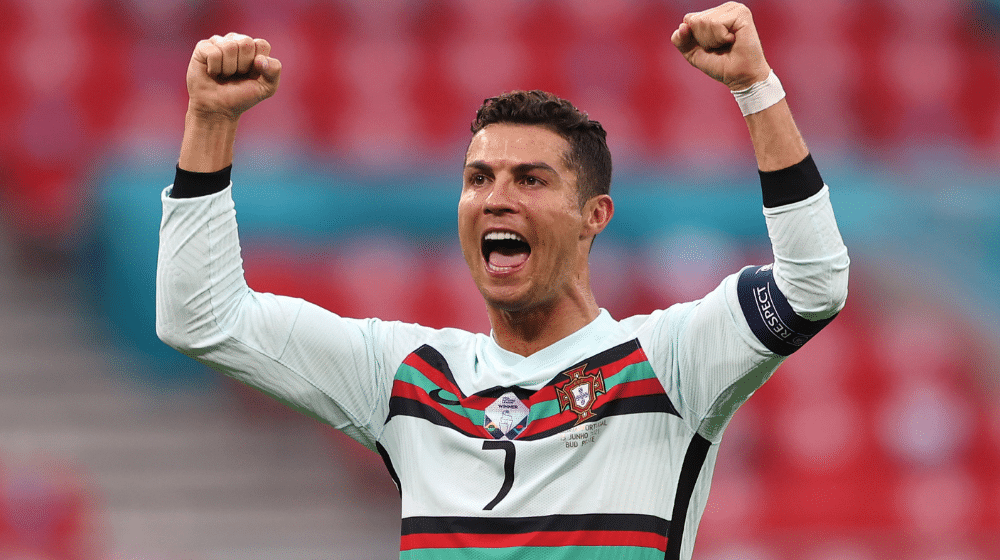 Portugal and Juventus football star, Cristiano Ronaldo, becomes the first personality to cross 300 million followers on popular social media platform Instagram. A global icon, Ronaldo, is the most followed personality on Instagram as well as Facebook.

Let’s have a look at the top 10 most followed personalities on Instagram:

Let’s have a look at the top five most followed sports personalities on Instagram:

The second highest goal-scorer in international games is more than just a footballer as his influence transcends the football world.

Recently, Ronaldo caused a major dip in Coca-Cola’s share prices as he removed two Coca-Coal bottles from his press conference prior to Portugal’s opening match against Hungary in Euro 2020, although the experts have claimed that Ronaldo’s antics were not the cause of the major dip.

The 36 year old burst onto the football scene in 2003, with his high profile transfer to English football club, Manchester United. He has since gone onto win the English Premier League, La Liga, Serie A, UEFA Euro Cup and UEFA Champions League.

Ronaldo is currently leading the defending champions, Portugal, in the ongoing UEFA Euro 2020. Portugal registered three points in their first match against Hungary, with Ronaldo scoring a brace. Ronaldo is gearing up to face Germany and France in their next two encounters and will be hoping to lead Portugal to yet another title win.